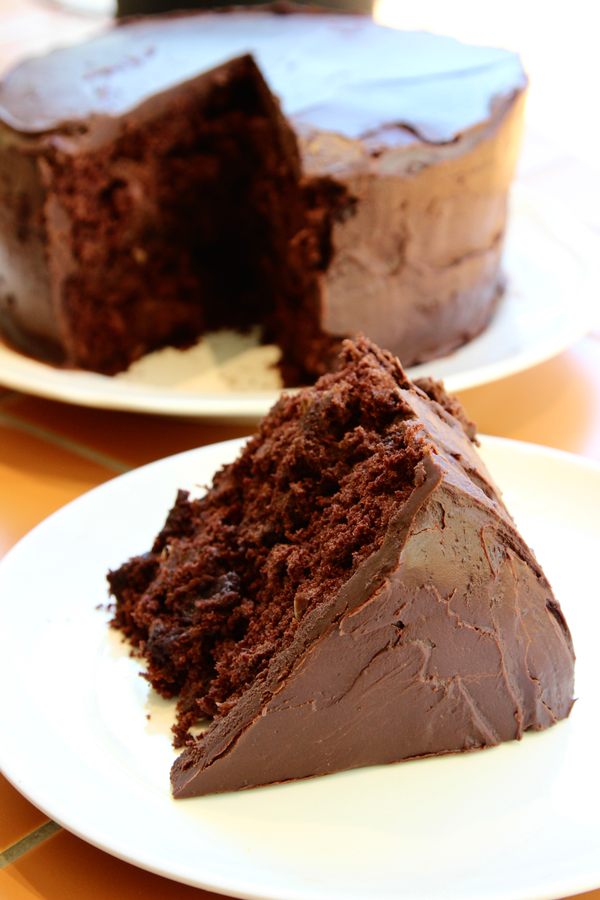 On October 21, 1965, the Sun of San Bernardino ran a recipe for what he described as a “moist and luscious piece of chocolate cake.” The newspaper promised a crowd pleaser at a dinner party, but added conspiratorially: “Your guests won’t guess your secret until you’re ready to tell them.” In this case, the secret was “crispy, crunchy sauerkraut.”

Home bakers have always reveled in a secret ingredient – the weirder the better. When The Washington Post pitched a similar recipe years later, he nicknamed his chocolate sauerkraut confection “Don’t Ask Cake” because “people who eat it can’t guess what the secret ingredient is and don’t want to believe it when they find out.” Whether it’s mayonnaise, which first appeared in a chocolate cake recipe in 1927, or vinegar, which elevates the “wacky” eggless, butterless chocolate cake of the days of depression, or Campbell’s can of condensed tomato soup in a “magic cake”, there’s something inherently satisfying about engaging in a little culinary trickery.

According to Sun of San Bernardino, the kraut cake was the brainchild of a “creative and enterprising cook,” Geraldine Timms, a lunch lady who worked at Waller High School in Chicago. In 1962, canned sauerkraut was among the surplus foods distributed to the Chicago Public School System lunch programs by the government. School officials tasked canteen supervisors with finding ways to get rid of a massive stockpile of pickled cabbage. Timms rose to the challenge in spectacular fashion with a “true winner,” a two-tier chocolate cake, improbably filled with kraut, topped with mocha whipped cream.

It’s a good story, though, as is so often the case with food origin myths, it may or may not be entirely true. In 2003, Bob Channing, Californian reader of The Baltimore Sun, wrote to ask for the recipe, writing, “Before my mom passed away, she lent her one copy of this cake recipe to a friend and forgot about it. The cake, I believe, was created during World War II. When wartime rationing made butter, sugar and flour scarce, home bakers got inventive turning vegetables from their victory gardens and tin cans into their pantries for cakes. Maybe that’s how cabbage turned into a cake ingredient.

“It’s an interesting theory, but I bet if you went to a library with a large collection of church cookbooks, you’d find pre-WWII recipes,” says Sandor Katz, the “King of fermentation” behind books like wild fermentation and Fermentation trips. “The origins of food are murky,” he says. “We have rough ideas about the geographical places where different cultivated plants emerged. But most food traditions, people just don’t know about them.

As an example, he cites sauerkraut itself. Most publications claim that Central Asian nomads brought fermented cabbage with them to Europe from China. “I’ve never seen a quote. I’ve never seen a footnote,” Katz says.

There is an element of plausibility here. Suancai, a form of pickled cabbage in China, has been around for centuries, if not millennia, but it’s impossible to prove that no one else came up with the idea on their own. “I think sometimes in history, stories repeat themselves,” Katz says. “That’s not to say it’s not true, but I’d be a bit skeptical if that’s the whole story.”

Much like chocolate sauerkraut cake, Katz thinks sauerkraut itself was probably born out of pragmatism. “Once people engage in a sedentary agricultural lifestyle in a temperate climate, people need strategies to survive the winter,” he says. Saving cabbage, an abundant vegetable packed with nutrients, would be a no-brainer. “It wouldn’t surprise me if people from different parts of Europe discovered sauerkraut regardless of this story.”

There is some credence to the idea that Mrs. Timms, the lunch lady, came up with the idea of ​​dipping sauerkraut in a chocolate cake. Since the establishment of the Federal Surplus Commodities Corporation in the 1930s, school lunch programs have often been used as a way to offload excess inventory of staple foods. But she probably wasn’t the first to do so.

“The idea of ​​using veggies in a cake to moisten it, to make it more nutritious, that’s not exactly foreign,” Katz says. “We already had carrot cakes, we had zucchini cakes.” Only carrots appear in bourgeois French cookbooks of the 19th century, and they appeared in European desserts as early as the Middle Ages.

Before the invention of baking powder in 1856, home bakers relied on acidity to leaven their cakes, often in addition to an alkaline leavening agent. “The idea of ​​using an acid fermentation product to help rise a cake isn’t all that strange,” Katz says.

Chocolate Sauerkraut Cake Recipes Are Popping All Over a 1973 Edition of Tower Kitchen Recipes from Detroit to a 1981 edition of The New York Times for “Sauerkraut Kuchen”, which identifies him as coming from German immigrants in Texas. (German blogs and magazines, meanwhile, regularly refer to American chocolate sauerkraut cake with incredulous descriptions such as “for anyone who is brave and wants to try something new.”)

Whether it was invented in response to wartime rationing or meager school lunch budgets, “Don’t Ask Cake” has all the hallmarks of one of those great ideas born out of necessity. For the most part, these baking inventions fall by the wayside in more prosperous times. Virtually no modern restaurant bothers with “slugburgers” – a Depression-era recipe for patties that stretched the limited supplies of ground beef with potato starch – or “victory cakes” sweetened with boiled raisins due to wartime sugar rationing.

Yet sauerkraut cakes have survived through the generations because they work, especially when made more luxurious with the addition of copious amounts of chocolate. Fermented foods inherently add depth of flavor, and the acidity of the vinegar used to pickle sauerkraut limits gluten development, resulting in a tender crumb cake with a mild flavor that stays moist for days. And just like school kids in the 1960s, no one will ever guess how you did.

Adapted with permission from Sandor Katz.

Gastro Obscura covers the world’s most wonderful foods and drinks.

Sign up for our email, delivered twice a week.