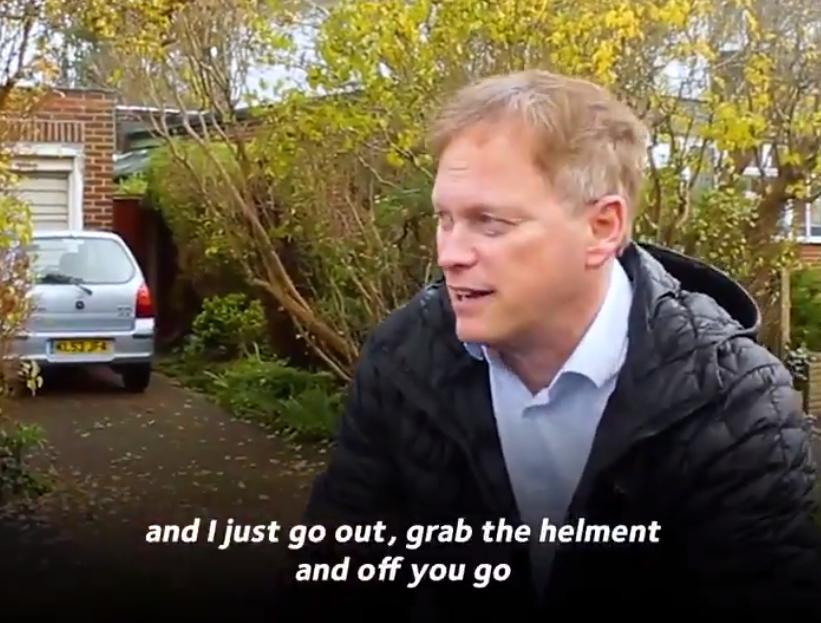 ‘There is no war on cars. There is a war on bikes’: Cyclists react to ‘extremely damaging’ license plates and Grant Shapps speed limit pledge + more on the live blog

What do I hear, drifting over Whitehall? Another anti-bike dog whistle?

Transport Secretary Grant Shapps’ latest attempt to not do his job properly / appeal to 4×4 driving, perpetually angry about all that ‘woke’ stuff, section of the Tory electorate / distracting us all real serious problems [delete as appropriate] has – rather predictably – gone down like a lead balloon.

In case you missed it late last night, Shapps – just over a week after reiterating his promise to introduce a “law causing death by dangerous cycling” – once again decided to move the focus on road safety and infrastructure towards some of the most vulnerable road users, arguing that cyclists should be insured, have license plates on their bikes and be subject to the same speed limits as motorists .

Oh, and making sure that position gets splashed across the front page of the Daily Mail this morning.

While Shapps’ latest cycling-related engagement may simply prove a rather desperate ploy to win the affections of the Mail’s readership, the fact that he made headlines – or even was mentioned at all – has been described as “extremely damaging” by those within the cycling community.

ITV cycling commentator Ned Boulting noted the sad irony of it all:

Motorized traffic pollutes the air, fills our streets with noise, contributes to the climate emergency and the health crisis, kills and maims on a daily basis.

Last word on this before I retire into something more positive for the day. There is really only one country on earth right now that has mandatory license plates for bicycles. That country is North Korea. 🇰🇵 🚲

It is incredibly alarming. It’s something almost no government has tried, and it shows what happens when ministers can work independently in a zombie government. I’m confident that will never happen, but for Grant Shapps to bring it up is extremely damaging. https://t.co/tBAIaezvtb

As a political aside, if anyone ever doubted that Andrew Gilligan/Boris Johnson rather than Grant Shapps was the voice of common sense on cycling in this soon-to-depart government, then this is proof.

Even more alarming is the front page of a newspaper. It will, gradually but almost certainly, increase the danger to me and various loved ones trying to get around on two wheels. So thanks for nothing, Grant Shapps, DfT and the Mail. pic.twitter.com/jFmoLVF2Tm

Transport commentator Christian Wolmar argued that Shapps was “just playing basic” and that the whole thing was “pathetic”:

It will never happen…it’s just playing the basics. Pathetic https://t.co/QCsH1WQQbH

The idea that the police would want to have to enforce a bicycle registration system or that the DVLA would be able to register some 50 million bicycles is fanciful thinking and throws meat at the Tory’s voracious base. The idea has been rejected countless times.

Other cyclists were equally unimpressed:

Speed-limited cyclists? Well that’s defo gonna fail to get a vote. With all the drivers constantly complaining and abusing cyclists for not going fast enough 😂😂😂 https://t.co/DBbjE9k4m3

there is no war against cars. there is a war on bikes https://t.co/lK8q0DdxTc

Revisiting one of the greatest website games ever made: Candystand Mini Golf

The DigitalMediaFirms.com platform announces the launch of its directory, blog and review site