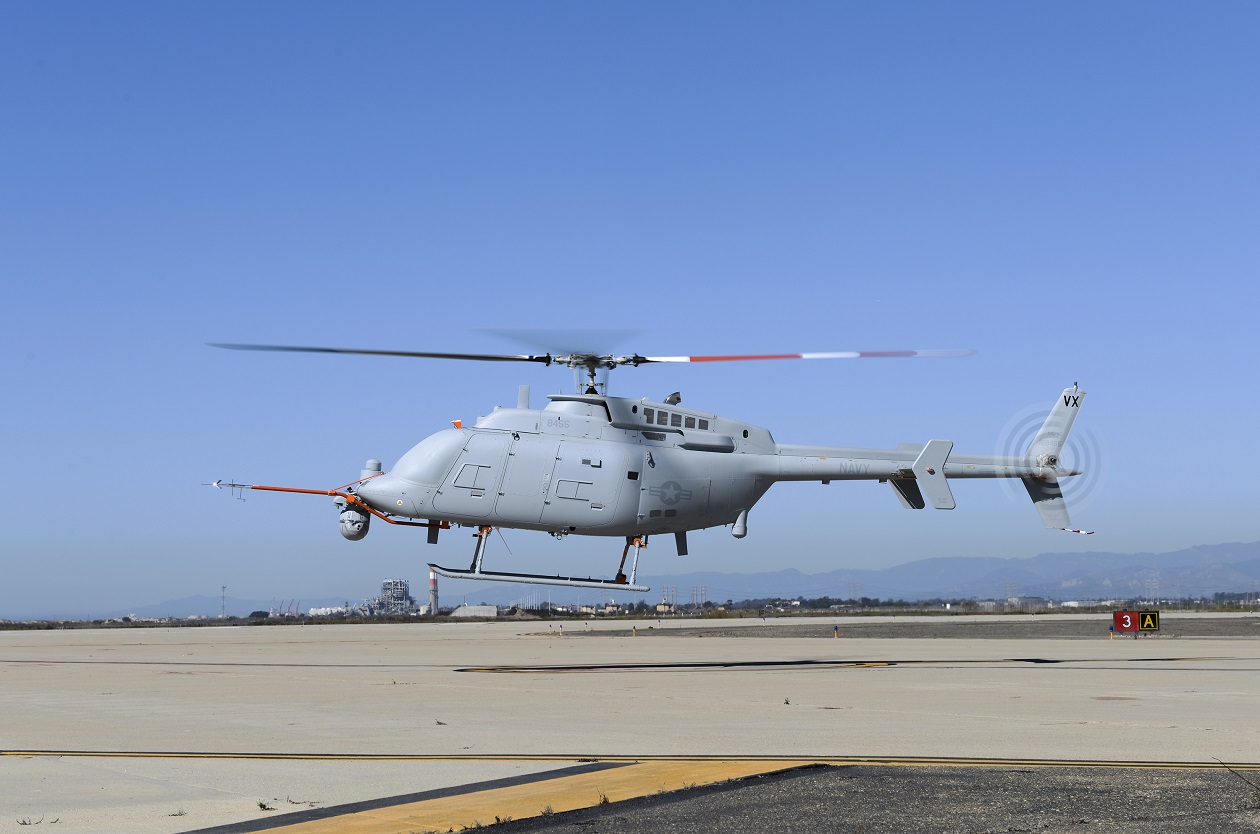 The US Navy’s successful deployment of its MQ-8C Fire Scout aboard a Littoral combat ship is inspiring new thinking about how the drone could be used from a wider range of platforms. The MQ-8C can also fly from one of the Navy’s Expeditionary Sea Bases (ESBs).

“We were asked to fly the Fire Scout on the ESB,” said Captain Eric Soderberg, MQ-8 Fire Scout program manager. “He has a mobile mission control station that can be deployed to those ships, so we’re feeding data back up our chain of command to see what logistical support will be needed to make that happen.”

The addition of the Fire Scout would align with the Navy’s expansion of its ESB fleet. Navy ESBs would be expected to play a crucial role in the Pacific theater where vast oceans could make land operations difficult. An ESB could dispatch special operations missions with small boats, launch helicopters, and function as a staging area for maritime combat operations.

The Pacific is filled with dangerous hotspots such as the South China Sea, the Senkaku Islands near Japan, and Taiwan. A great-power conflict in the Pacific would depend heavily on the ability of the United States Navy to project and sustain power from the sea. The design and configuration of the ESB could evolve to better suit the Pacific.

An MQ-8C Fire Scout aboard an ESB could detect threats at farther distances and extend the ship’s surveillance range to the horizon, giving commanders a much better picture of incoming threats.

“With its endurance, the Fire Scout can allow a ship to maintain contact that would otherwise not be possible with the MH-60S (helicopter),” Soderberg said.

Soderberg praised the performance of the Fire Scout MQ-8C, saying it brought unprecedented surveillance capability, endurance, and radar technology to the LCS and perhaps other platforms as well.

“I see a lot of opportunities for the Navy to employ the Fire Scout,” Soderberg said. Kris Osborn is the Defense Editor for the National Interest. Osborn previously served at the Pentagon as a highly trained expert with the Office of the Assistant Secretary of the Army – Acquisition, Logistics and Technology. Osborn also worked as an on-air military anchor and specialist on national television networks. He has appeared as a guest military pundit on Fox News, MSNBC, The Military Channel, and The History Channel. He also holds an MA in Comparative Literature from Columbia University.

NASCAR bet over $1 million to bring cars to the Coliseum