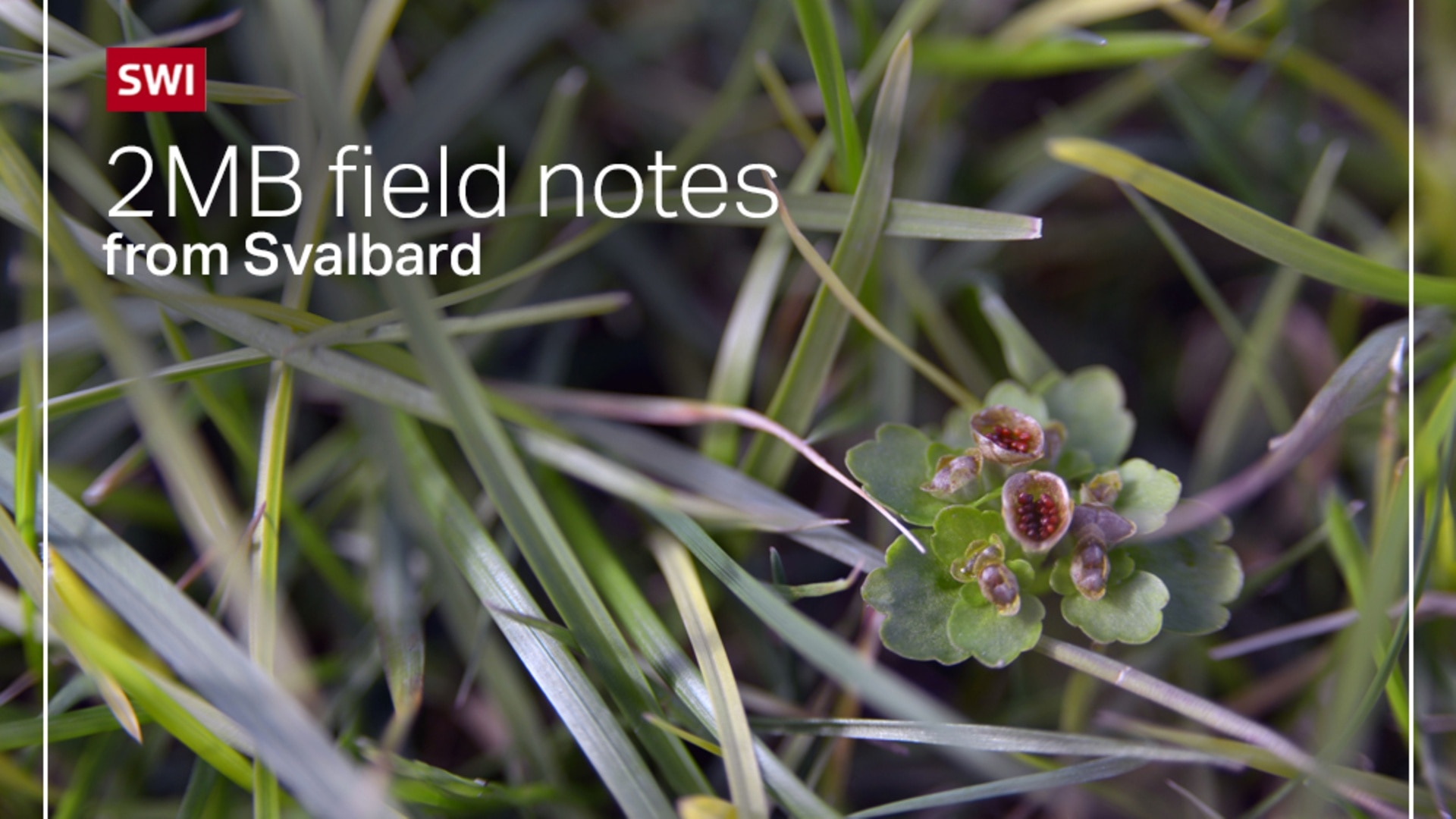 The Barentsburg settlement in Svalbard is populated mainly by Russian and Ukrainian miners and their families. Many old wooden houses have fallen into disrepair here, but there are also newer apartment buildings made of precast concrete, as well as a lovely bar that serves excellent traditional Russian cuisine and European dishes.

All of today’s settlements in Svalbard originated from coal mining, which began in the early 20th century. Mining is still going on in some settlements. Roads and houses were built and people imported cattle, hay and even land to grow their own vegetables. This was a significant addition to their very limited supply of imported food and relieved some of the pressure on shipping from their home countries of Britain, Russia and Ukraine.

2MB – that was the daily amount of data our original Antarctica bloggers were allowed to send to us via satellite about their research into microplastics. Data transmission is also limited this summer for Lena Bakker, Sigrid Trier Kjaer and Jana Rüthers (left to right), three other ETH Zurich doctoral students who are heading north to the Norwegian archipelago of Svalbard to investigate Arctic greening, a process initiated by global warming and locally driven by soil chemistry, thickness and age.

These settlements, however, disrupted the pristine landscape of the islands, including the displacement and importation of soil, hay and livestock. Imported soil contains higher amounts of nutrients than native soil. As livestock dung and hay decomposed, the soil became increasingly nutritious, providing very different growing conditions for plants and microbiota.

In Longyearbyen, the northernmost permanent settlement in the world, we worked next to an old banished barn. We were able to directly observe a massive change of plant species, compared to the natural tundra, composed mainly of grasses. It was worth noting that the few species of tundra plants that we found on this site grew much larger than in the tundra. Our observations were also confirmed below ground: the soil has a very high organic content similar to peat. We had to dig deeper than expected to reach bedrock. Only a few sites have reached permafrost.

Our research site in Barentsburg was located under a dog park and was very lush and green. What we found there was simply amazing. Again, the vegetation is mostly grasses, but we even found a few non-native plant species that produced lots of flowers.

When we visit the site again at the end of August, we will know if they have produced seeds and are able to spread widely. So far we have found species that have never been identified on Svalbard before. Surprisingly, we have also observed some of these species in nearby undisturbed tundra, which means they are likely able to compete with native vegetation, with implications still unknown for the whole ecosystem. The soil was completely different, containing large amounts of old hay, sawdust and cattle droppings. This is why the soil is so rich in nutrients, especially nitrogen and phosphate, which facilitates the establishment of non-native species.

Another important aspect is the rise in temperatures due to global warming, which in turn facilitates the establishment and growth of native as well as non-native plants, possibly affecting their competitive patterns. It is likely that native plants will be overtaken to some degree. These locations of human disturbance and nutrient input have now proven to be potential stepping stones for non-native species to invade native tundra and special bird cliffs.

Scroll down to read previous entries from Lena, Sigrid, and Jana. To receive future editions of this blog in your inbox, subscribe to our scientific newsletter by entering your email address in the field below.

Your subscription could not be registered. Try Again.


Almost done… We need to confirm your email address. To complete the registration process, please click on the link in the email we just sent you.