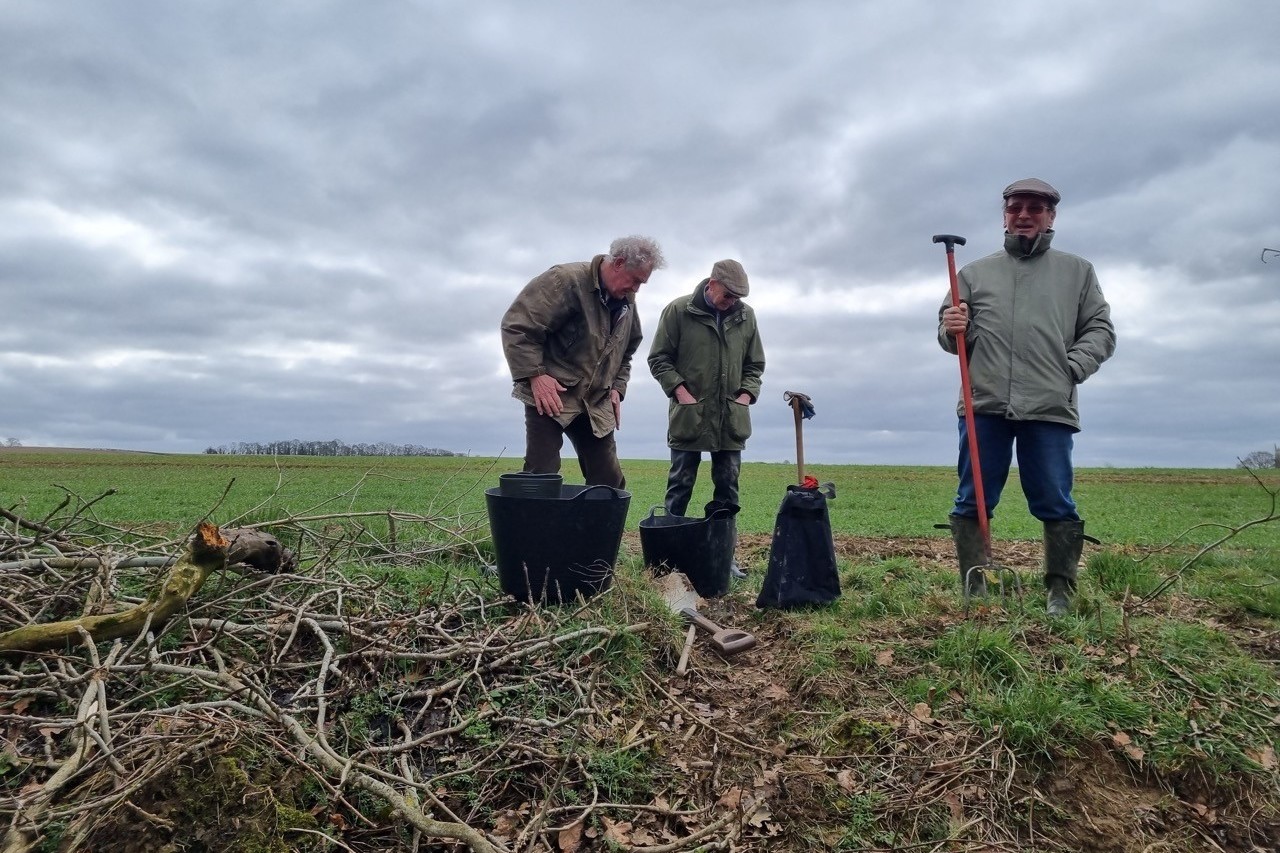 Volunteers at Shipston-on-Stour in Warwickshire, who harness the power of nature to increase flood resilience in their community, have been praised by the Environment Agency for their innovation.

Community members formed the Shipston Area Flood Action Group (SAFAG) in 2014. They have since been part of a government pilot project to use natural flood management (NFM) techniques, such as tree planting. and the creation of ponds, to slow down flows and store water. from the River Stour before it reaches the city while creating habitats.

There are around 85 homes and businesses at risk of flooding in Shipston and around 30 additional properties at risk in surrounding villages across the watershed. Many properties were flooded in July 2007 when the Stour peaked.

The group now has members from Brailes, Long Compton, Tredington, Newbold and Alderminster as well as Shipston. Since 2017, it has installed more than 800 interventions, including barriers and leaky ponds, to curb and slow the flow of tributaries upstream to the Stour during periods of heavy rains, benefiting some 17 villages and towns as well as ‘to many smaller towns.

Today the group is highlighted in a new government report on the Natural Flood Management Program which received Â£ 15million in government funding which ended this year.

SAFAG volunteer Geoff Smith, who joined the group in 2016, said:

Although my home is not among those at risk of flooding, I was inspired and motivated to help the group reduce flooding in Shipston. We have installed many ponds and barriers that can hold water, and planted trees and plants that slow down the flow of rainwater into the river. Lots of small changes can help make a difference.

Although it is difficult to scientifically prove that the interventions reduced the flooding, anecdotal people in the community said that it made a difference and that after the heavy rains of last winter we saw much less. flooding than expected. Responses will not stop a major flood, but they can help reduce the frequency of flooding.

The core volunteer group was formed by Phil Wragg, a former CEO, Mike McCarthy, who has a background in the forces and firefighters, and Geoff who worked in finance. Their combined experience has helped them raise funds, engage over 50 landowners, undertake project design, obtain statutory permits, and then procure materials and contractors to carry out the work.

They used ‘seed’ funding to recruit a doctoral student from Coventry University Center for Agroecology, Water and Resilience as the group’s project manager in 2017-8, and then took over all aspects of the programs from 2019.

If you’re willing to get stuck and find some help to get started, you can make a big difference to your community. It helps the community to take ownership of the protection of their homes against flooding.

The larger group of volunteers monitor the NFM sites during heavy rains to examine each asset under flooding conditions and they have an annual work schedule to maintain all the different interventions. The group received the 2021 Environmental Agency’s Flood and Coastline Award of Excellence for Community Partnership.

It’s fantastic to see the incredible work that volunteers have undertaken in and around Shipston to make these drastic changes to their immediate surroundings to lessen the impact of precipitation in the Stour River watershed.

Reducing flood risk through nature-based solutions is nothing new in flood management, but what is changing is our understanding of how to work with others to implement the mix of most effective measures in the right places.

Natural flood management has a crucial role to play as we help the country adapt to climate change, and this program demonstrates the enormous benefits it can offer in reducing the impacts of flooding as well as capturing carbon and create habitats for wildlife.

In the future, we will do even more to use the power of nature alongside conventional defenses to help create a nation that is more resilient to climate change.

Read more in this blog on Using the power of nature to increase resilience to floods by James Bevan.

Natural flood management (NFM) helps manage the risks of flooding and coastal erosion. It does this by protecting, restoring and mimicking the natural processes of watersheds, rivers, floodplains and coasts. NFM can include: