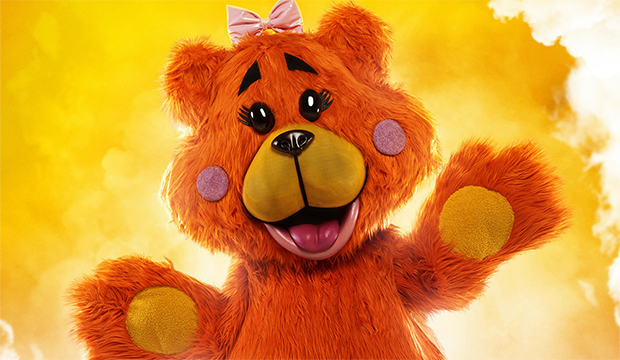 Recap of episode 5 of season 7 of The Masked Singer: Who is unmasked?

Host Nick Cannon welcomed Group B back to the ‘The Masked Singer’ stage on Wednesday night, where Armadillo, Hydra, Miss Teddy and Ringmaster sang their hearts out for a spot in the second round final. Who was forced to take it off during tonight’s unmasking? And did The Good, The Bad or The Cuddly lose another member of their clan? Comedian, actress and author Nicole Byer joins tonight as a guest panelist.

TO SEE Good, Bad and Cuddly Costumes Revealed for ‘The Masked Singer’ Season 7

Below, read our minute-by-minute recap of “The Masked Singer” from Season 7, Episode 5, titled “Masking for a Duel – Round 2,” to find out what happened on Wednesday, April 6 at 8:00 p.m. ET/ PT. Then be sure to talk in the comments section about your favorite costumed characters from the Fox reality show and who you think has what it takes to win the whole contest. Robin Thicke, Jenny McCarthy, Ken Jeong and Nicole Scherzinger featured as panelists.

Keep refreshing/reloading this “The Masked Singer” live blog for the most recent updates.

20:00 — “Previously on ‘The Masked Singer’!” In Episode 4, Group B was introduced to America for the first time. Following his interpretation of “I Feel the Earth Move” by Carole KingLemur was the first to unmask, revealing the supermodel Christie Brinkley. But enough about last week – let’s see if we can guess the lineup of tonight’s singers!

8:10 p.m. – Team Good will kick off the evening with Ringmaster on stage. She says, “It was great to hear the crowd go wild for my first performance. Team Good is ready to go all the way and cheat the panel every week. Just FYI – There are no in-depth hint packages this week. It’s probably to buy time for the duel later. For Ringmaster’s performance, she sings “Super Bass” from Nicki Minaj. It’s a fun, high-energy number that always lets Ringmaster show off his chops. This performer is definitely a pro, I just can’t place her voice. Last week I speculated that maybe it was the old Danity Kane singer Aubrey O’Day. That’s still my best guess, but I have no confidence in it. Maybe this week’s MegaClue can help! Ringmaster’s MegaClue is a guitar. She says, “You should know I’m a 90s chick, but I’ve been writing songs for as long as I can remember.” This leads to the following panel assumptions: Taylor Swift (Ken – insert groans from the audience and every viewer at home), Olivia Rodrigue, Alanis Morissette (Nicole B.) or Zara Larson (Nicole S.). I’ve never heard of Zara, so maybe that’s it!

8:20 p.m. – Team Good will continue things with Armadillo next. He says, “That’s what I do for a living. I kick. I can’t wait for the next song, because no matter what, I was born ready. Tonight, Armadillo sings “I Fought the Law” from Bobby Fuller’s 4. It’s clear that he’s not a professional singer, but he’s not terrible and he’s having a lot of fun on stage. There are dancers on stage with protest signs that say ‘Peace’, ‘Love’ and ‘Joy’, so maybe it’s someone who was popular or active in the 1960s or 1970s? Maybe he was a hippie. Towards the end of his performance, Armadillo kicks and falls flat on his ass, lol. The dancers help lift him up and it doesn’t look like he was hurt. After the performance, we see Armadillo’s MegaClue. It’s a set of keys and the creature says to the host, “So Nick, you took my keys from the Wild Hog.” Then a motorcycle drives on stage. Then he said, “It’s a shame those guys had to take my bike out. Looks like it’s dead. This leads the panel to the following assumptions: Gary Busy (Nicole S.), Jay Leno (Nicole B.) or William H. Macy (Jenny).

8:30 p.m. — Team Bad’s Hydra will take the stage next. He says: “Last week we had so much fun completely confusing the panel. We will destabilize you even more! Haha!” Tonight, Hydra sings “Sharp Dressed Man” by High ZZ. There’s definitely a lot of comedy here, but I think even Martin runs and Steve Martin have a lot more musical talent than anyone wearing this costume. I am completely confused about this. They better not be puppets. The MegaClue for Hydra is a card game, to which he says, “How very curious. A card game that is all jokers. This leads to the following panel assumptions: Bert & Ernie (Jenny) or Trey Parker and Matt Stone (Robin).

8:40 p.m. – Team Cuddly’s Miss Teddy will wrap up the performances tonight before the final two face off in a duel. She says, “My sole purpose of being here is to make people smile. I really want America to hug because we’ve all been through so much together. Some people will recognize my voice, some won’t. But for me as an artist, no one will expect me to sing those songs. Tonight, Miss Teddy sings “Tell Me You Love Me” from Demi Lovato. She’s definitely a seasoned diva and I’m sticking to my guess from last week, Jennifer Holiday. Teddy Bear receives a huge standing ovation from the panel. Her MegaClue is a note congratulating her on her Grammy win. She says, “Once I was scared, I was petrified,” but winning a Grammy was one of the best moments of her life. She drops a lot of clues on the song “I Will Survive”. This leads the panel to the following assumptions: Gloria Gaynor (Jenny), Jennifer Hudson (Nicole B.) and CeCe Winans (Nicole). I know the voices of J-Hud and CeCe pretty well, so I’d rule those two out right away. I don’t know how Gloria might sound these days, so that’s a good guess. I still think mine is better.

8:55 p.m. — It’s time to find out which two masked celebrities will face off in tonight’s duel. I think it’s probably pretty obvious who it is, but Nick confirms it’s Armadillo vs. Hydra. Ringmaster and Miss Teddy rush to safety. The duel begins with Armadillo singing “Walkin’ the Dog” from Rufus Thomas and ends with Hydra singing “Two Princes” from spin doctors. I’d vote for the Armadillo to win this duel, but let’s find out what the public decides. The winner of this duel is… Armadillo. This means that Hydra will be forced to unmask itself in front of America.

8:59 p.m. – Before Hydra unmasks, the panel will give their final guesses, hoping to predict the identity of this three-headed monster: Trey Parker & Matt Stone (Robin), Bert & Ernie (Jenny), Will Arnett and Zach Galifianakis (Ken), Will Ferrell and John C. Reilly (Nicole S.) or Penn & Teller (Nicole B.) Finally, Hydra takes off her mask to reveal that they are actually the famous magicians Penn & Teller! Nicole B. was right. And that’s a wrap for tonight!