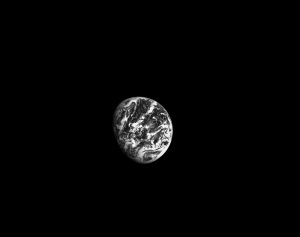 
NASA without a crew Orion The spacecraft is on the second day of its trip to the moon in a planned 25.5-day flight test. Orion performed a second outbound trajectory burn at 6:32 a.m. EST using the auxiliary thrusters on the European Service Module, which will be used for most trajectory correction burns.

The teams also collected additional images with the optical navigation camera and activated the Callisto payload, a technology demonstration by Lockheed Martin in collaboration with Amazon and Cisco. Callisto is located in the Orion cabin and will test voice and video activated technology that could help future astronauts on deep space missions.

Yesterday, flight controllers moved each solar panel to a different position while the Integrated Communications Officer, or INCO, tested the Wi-Fi transfer rate between the camera at the end of the solar panels and the camera controller. The objective was to determine the best position to transfer the imagery files as efficiently as possible.

NASA’s Johnson Space Center will host a Report preview of the pair of maneuvers needed to enter distant retrograde orbit on Friday at 5 p.m. Live coverage will be available on the agency website, NASA televisionand the Nasa app.