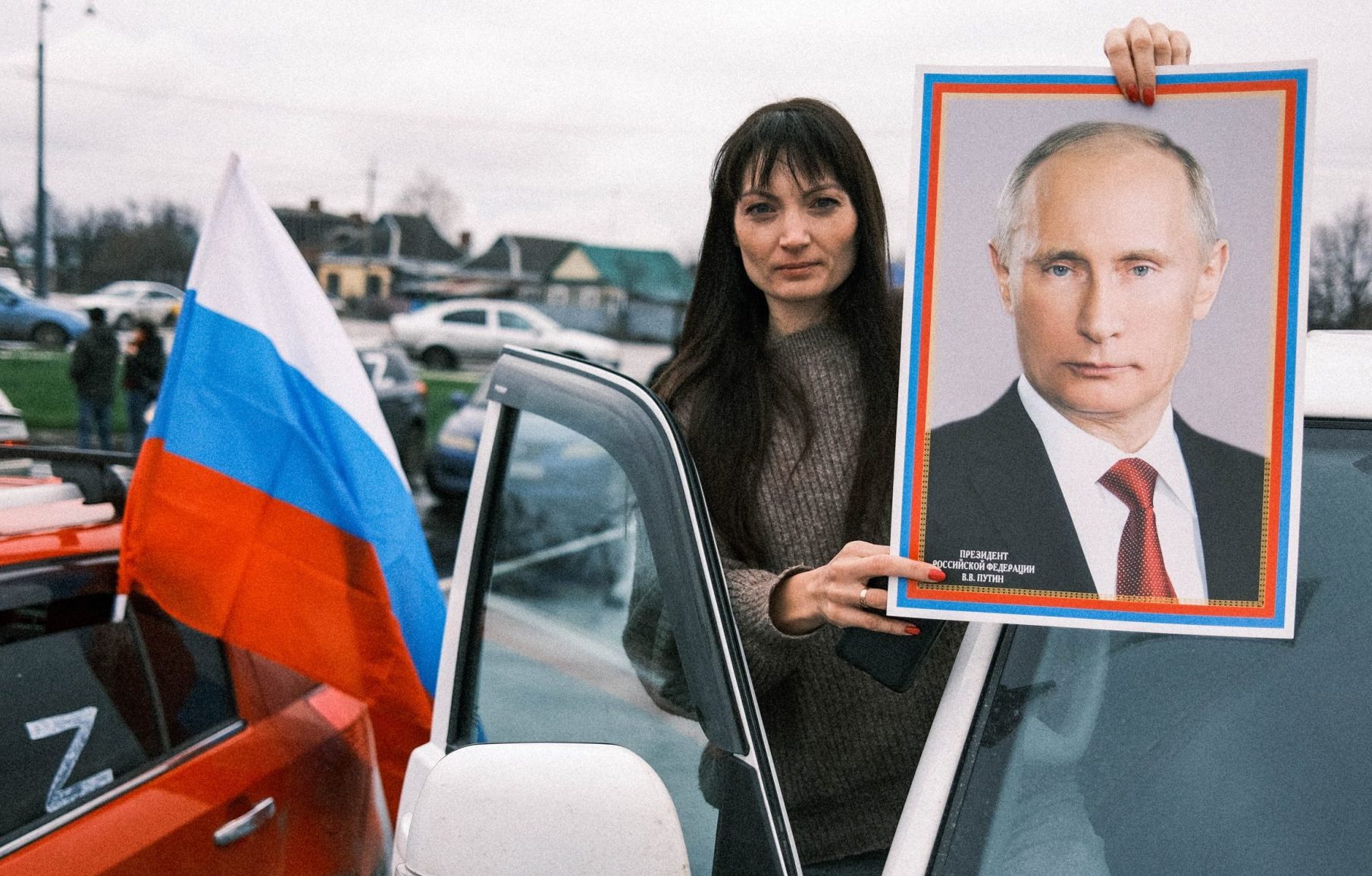 Not just Putin: most Russians support the war in Ukraine

Amid the shock and horror of Russia’s invasion of Ukraine, many have sought to blame it all on Vladimir Putin alone. As international audiences attempt to make sense of the unthinkable scenes currently unfolding in the heart of Europe, it is convenient to believe that Putin has simply lost his mind.

There is something reassuring in the idea that the carnage in Ukraine is entirely due to the criminal madness of one man. However, talking about “Mad Vlad” is a comforting myth that masks a much darker reality.

While the Russian leader’s well-documented obsession with Ukraine was instrumental in sparking Europe’s biggest conflict since World War II, his decision to invade Ukraine was entirely in line with long-standing public pronouncements and foreign policy goals that are embraced enthusiastically by a clear majority of Russians. This is their war as much as Putin’s.

Recent polling data provides the clearest indication of popular Russian support for the war in Ukraine. In the days following the February 24 invasion, Putin’s personal approval rating actually soared to multi-year highs. According to state pollster VTsIOM, his rating jumped 6% in the week ending Feb. 27 to 70%. Polling agency FOM recorded a 7% increase over the same period, taking Putin’s approval to 71%.

Ordinary Russians lined up to publicly support the war effort. The ‘Z’ mark used by Russian troops in Ukraine is becoming increasingly ubiquitous across the country as a shorthand symbol of support, while a rapidly expanding list of public figures and professional collectives have issued statements supporting the invasion. For example, the heads of 250 Russian universities published an official Russian Rectors’ Union speech on March 4 justifying war and calling on Russians to rally behind Putin.

As the Russian crisis in Eastern Europe escalates, UkraineAlert DAILY delivers the best advice from experts from the Atlantic Council, the online publication UkraineAlert and beyond, to your inbox Monday through Friday.

Meanwhile, domestic opposition to the invasion was disappointing. Demonstrations took place in a number of cities across Russia, but these efforts drew relatively small crowds and failed to gain momentum.

While the courage of individual Russian protesters is not in question, it is pointless to speak of a significant opposition movement until we see anti-war rallies drawing hundreds of thousands of people. At present, there is no indication that this is likely to occur. Indeed, most Russians seem more concerned about the departure of international consumer brands from the country than about the war crimes committed by their military in neighboring Ukraine.

Many Russians simply refuse to acknowledge the atrocities that accompanied Putin’s invasion. Since the beginning of hostilities, numerous reports have appeared in the international media that the Ukrainians have failed to convince their Russian relatives that the Russian army is bombing Ukrainian cities.

It’s tempting to infantilize the Russian public and pretend they’re simply deprived of accurate information, but that’s intellectually dishonest. While the country’s mainstream media is tightly controlled by Kremlin conservatives, Russians are adept at navigating propaganda and can easily access other news sources if they choose. The chilling truth is that tens of millions of Russians willingly accept the Orwellian lies promoted by Kremlin TV and share the sentiments expressed by the country’s pro-war cheerleaders.

Today’s pro-war mood did not emerge overnight. For centuries, Russia has fiercely opposed Ukraine’s struggle for statehood. Instead, Russians have been encouraged to adopt a condescending view of Ukraine as a younger brother in need of discipline and direction.

While folkloric expressions of Ukrainian identity have traditionally been tolerated, any attempt to promote the idea of ​​a truly separate Ukrainian nation has been interpreted as a direct attack on Russia and dealt with accordingly. Despite more than three decades of Ukrainian independence, such imperialist thinking remains alive and well in Russia today.

Over the past eight years, the Kremlin has skillfully amplified these deep-rooted prejudices and resentments. Since the capture of Crimea in 2014 and Moscow’s military intervention in eastern Ukraine, the Russian public has been spoon-fed a daily diet of disinformation designed to demonize and dehumanize Ukrainians as Nazis and puppets of the West. In Putin’s own words, modern Ukraine has become an “anti-Russia” that poses an existential threat to Russia itself.

In light of Russia’s majority support for the invasion, it is unrealistic to expect sanctions or global condemnation to convince Putin of the need for policy change. On the contrary, the rising costs imposed by the international community will only encourage more Russians to support the war effort and persuade them that the very existence of an independent Ukraine is part of a vast anti- Russian. In this alternate reality, mounting hardship will be seen as the inevitable price of defending Russia against foreign enemies.

If the democratic world really wants to stop Putin, it must abandon all hope of domestic opposition to the war. There will be no coups or popular uprisings as long as most Russians continue to share Putin’s unbridled obsession with Ukrainian subjugation. Instead, the only way to influence Russia is to deprive it of the revenue needed to fund its war machine while dramatically increasing Ukraine’s ability to defend itself.

Putin’s invasion of Ukraine is the defining moment of his entire reign and he has the full support of the Russian people. He will only back down if he is bankrupt and bloodied.

Peter Dickinson is editor of the Atlantic Council’s UkraineAlert service.

The opinions expressed in UkraineAlert are solely those of the authors and do not necessarily reflect the opinions of the Atlantic Council, its staff or its supporters.

the Eurasia Center mission is to strengthen transatlantic cooperation in promoting stability, democratic values ​​and prosperity in Eurasia, from Eastern Europe and Turkey in the West to the Caucasus, Russia and the Central Asia to the East.

Follow us on social networks
and support our work

Image: A Russian woman takes part in a rally in support of Putin’s Ukraine War. (Nikolai Khizhnyak/TASS via REUTERS)

Last war in Ukraine: Kiev asks for security guarantees from the United States, Europe and Russia