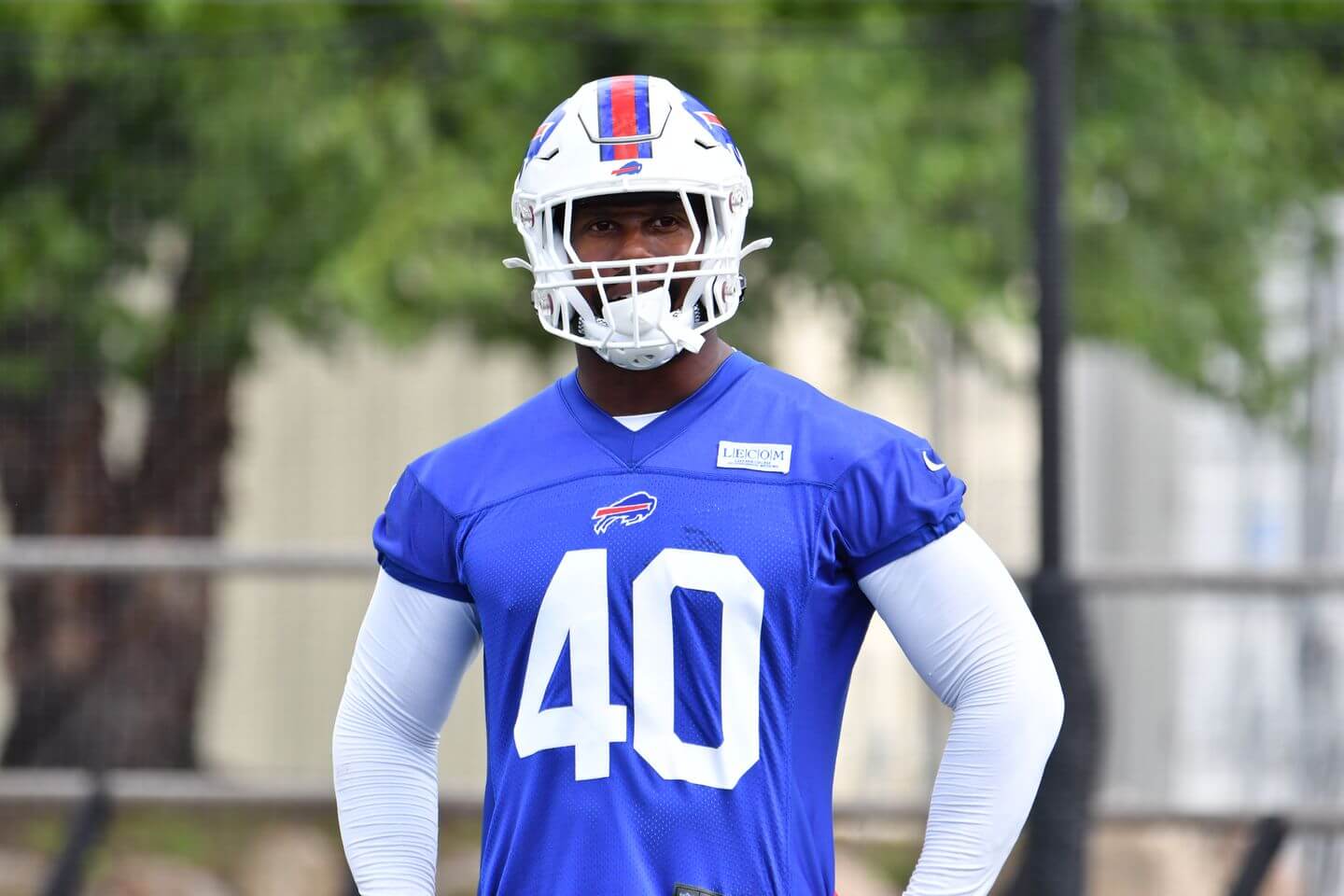 Bengals quarterback Joe Burrow will undergo surgery to remove his appendix, a source has confirmed to Athleticism. He will miss practice time as Cincinnati begins training camp.

The 25-year-old QB returned from a left knee injury suffered during his rookie season to lead the Bengals to Super Bowl LVI, the team’s first Super Bowl appearance since 1988. Burrow won the player award league comeback of the year after throwing for 4,611 yards and 34 touchdowns in the regular season.

Bengals safety Jessie Bates did not show up for the start of the team’s training camp, The Athletic confirmed. Bates did not sign his one-year franchise contract, which is worth nearly $13 million.

The 25-year-old safety has been a mainstay on the Cincinnati defense during his four years with the team. He compiled 408 total tackles and 10 interceptions in 63 games (all starts).

Panthers think Shaq Thompson will be back for Week 1

Matt Rhule says the Panthers think Shaq Thompson (knee) will be back for Week 1 against CLE.

Cordarrelle Patterson arrived at Falcons training camp in a Polaris Slingshot. Patterson, who needs another kickoff return touchdown to set the NFL’s all-time record, said he will pressure head coach Arthur Smith to return to the game. as the Falcons’ full-time kickoff returner at least until he broke the record. Patterson returned eight kickoffs for touchdowns during his nine-year NFL career.

NFL rookies to watch this season

From rookies that will have the biggest immediate impacts to those that will look like draft picks by the end of the season, here’s who to keep an eye out for.

NFL rookies 2022: Drake London and Chris Olave could have the biggest immediate impacts

Bears get more help from the O line

Thomas and Jessica Brown exchanged a knowing look as they reminisced about their past decade.

“Becoming an attacking coordinator, head coach – those were never my goals when I started coaching,” he said.

After a stellar career in Georgia and a brief stint in the NFL, Brown’s plan was to coach his old position, run for a while, then retire and disappear with his family into the countryside.

NFL training camps are off to a strong start this week, with rookies and veterans hitting the field no later than Wednesday. What are the compelling storylines to follow in the coming weeks? Athleticism NFL writers Jeff Howe, Ted Nguyen, Dan Pompei and Mike Sando discuss the teams, players and coaches that intrigue them the most.

Predicting Bengals starters and who will survive camp cuts

When the Bengals open training camp in two days, it will mark a five-week sprint for many newcomers to prove they belong on a roster that reached the Super Bowl five months ago.

But adding to the difficulty of earning a spot on a list of divisions and conference championships is the fact that the turnover typically seen in teams playing for a title is not at stake with the Bengals this year.

Nick Sirianni had never boarded a plane until he came to college.

He first became nervous during flights and developed a habit when his plane encountered turbulence.

Sirianni looked towards the stewardess, thinking he had experience with bumpy rides. If the flight attendant didn’t look alarmed, then Sirianni remained calm. If the stewardess looked scared, Sirianni’s heartbeat began to quicken.

During Sirianni’s first year as Eagles head coach, he learned that he was still his team’s flight attendant.

This sits well at the top of the list of the most important battles in the Bengals’ camp right now.

The status of Jimmy Garoppolo. Deebo Samuel’s contract. Trey Lance’s arm. There’s been some heavy drama swirling around the 49ers lately and it’s been during the so-called “quiet” portion of the NFL schedule.

Imagine the added intensity when training camp begins this week.

With that in mind, Matt Barrows and David Lombardi have listed the top 10 things they’ll be watching this summer, from how much they’ll spot Garoppolo – last seen throwing a ball in the NFC Championship Game – to how Brian Schneider’s special teams units can contribute to a winning team.

Tuesday at Halas Hall, general manager Ryan Poles and coach Matt Eberflus meet the media to open their first training camp in charge of the Bears, and it’s easy to predict the first questions.

The Poles and the Eberflus are there, but where is rookie security Jaquan Brisker? What’s going on with his late contract? And linebacker Roquan Smith? Is a contract extension in the works or will he watch training from afar? And then there’s Robert Quinn. Is there finally a commercial market for the defensive veteran?

AthleticismAdam Jahns and Kevin Fishbain discuss what’s next for three of the Bears’ best players.

“I spoke to Jessie, and it will be up to him when he decides to show up,” head coach Zac Taylor said. “Jessie is a great player and a great leader in our team, so I know he’ll be ready whenever he comes along. We’ll be ready for him.”

Learn more below from Athleticism‘s Jay Morrison on the calm and confident vibe at Monday’s pre-camp media lunch every time Bates was mentioned.

Blog: Capaha alumni play for the benefit of cerebral palsy (7/26/22)