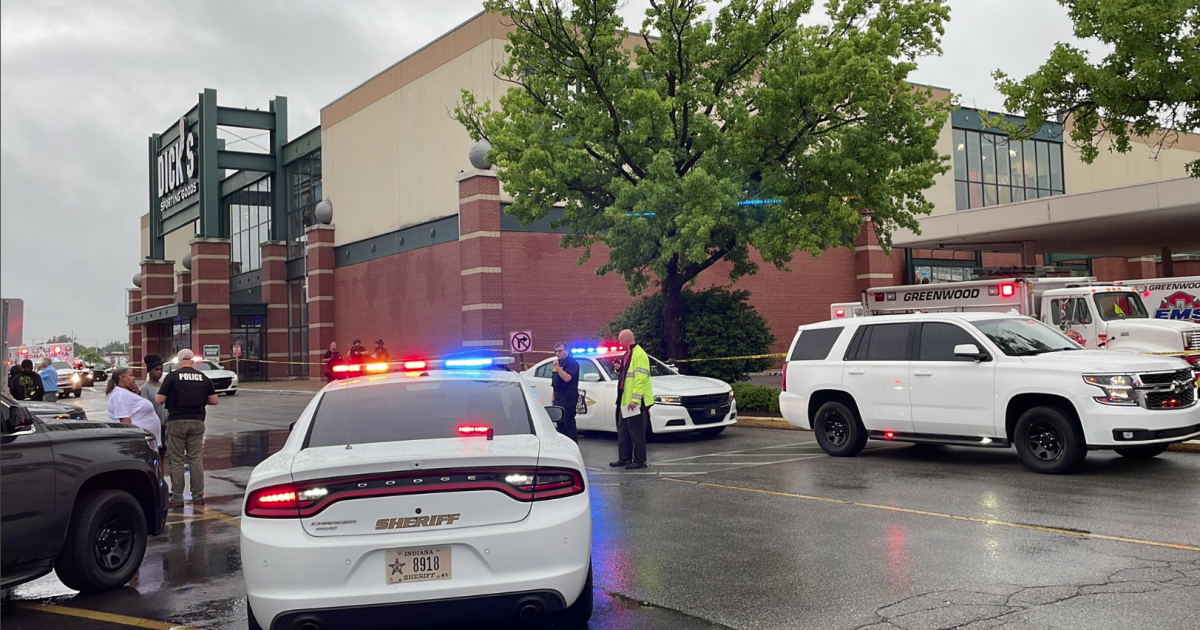 Police say the backpack has been cleared and SWAT teams have finished clearing all stores in the mall.

Police confirmed that there had been one man and four women. Police said the armed civilian was identified as a 22-year-old man from Bartholomew County.

Police say the shooter was killed by an armed civilian inside the Greenwood Park Mall food court. The civilian cooperates with the civil servants. No information about the civilian has been released. The identity of the suspect has also not been revealed at this time.

Police say the Johnson County Bomb Squad were on the scene after finding a backpack left in the food court restroom.

INDIANAPOLIS — At least four people are dead, including the shooter, and two others were injured after a shooting at the Greenwood Park Mall food court at 6:05 p.m. Sunday.

According to Greenwood Police Chief James Ison, two people were transported from the scene to Eskenazi Hospital.

At a press briefing just before 8 p.m., IMPD Asst. Chief Chris Bailey said there were no ongoing threats to public safety and they weren’t looking for anyone at this time.

Prior to the briefing, Fillenwarth had told WRTV that the suspected shooter was dead, although he did not confirm this information during the 8 p.m. briefing.

The Indianapolis Metropolitan Police Department is assisting with the incident.

According to IMPD, there will be a family reunification stage at 736 Loews Boulevard in Greenwood.

There are currently no ongoing active threats, according to IMPD. They methodically scour the mall to locate injured people and to locate anything that can provide answers.

Watch Rafael Sanchez’s update below for the latest information.

Orioles mock draft roundup: Experts still divided on who will be taken No. 1