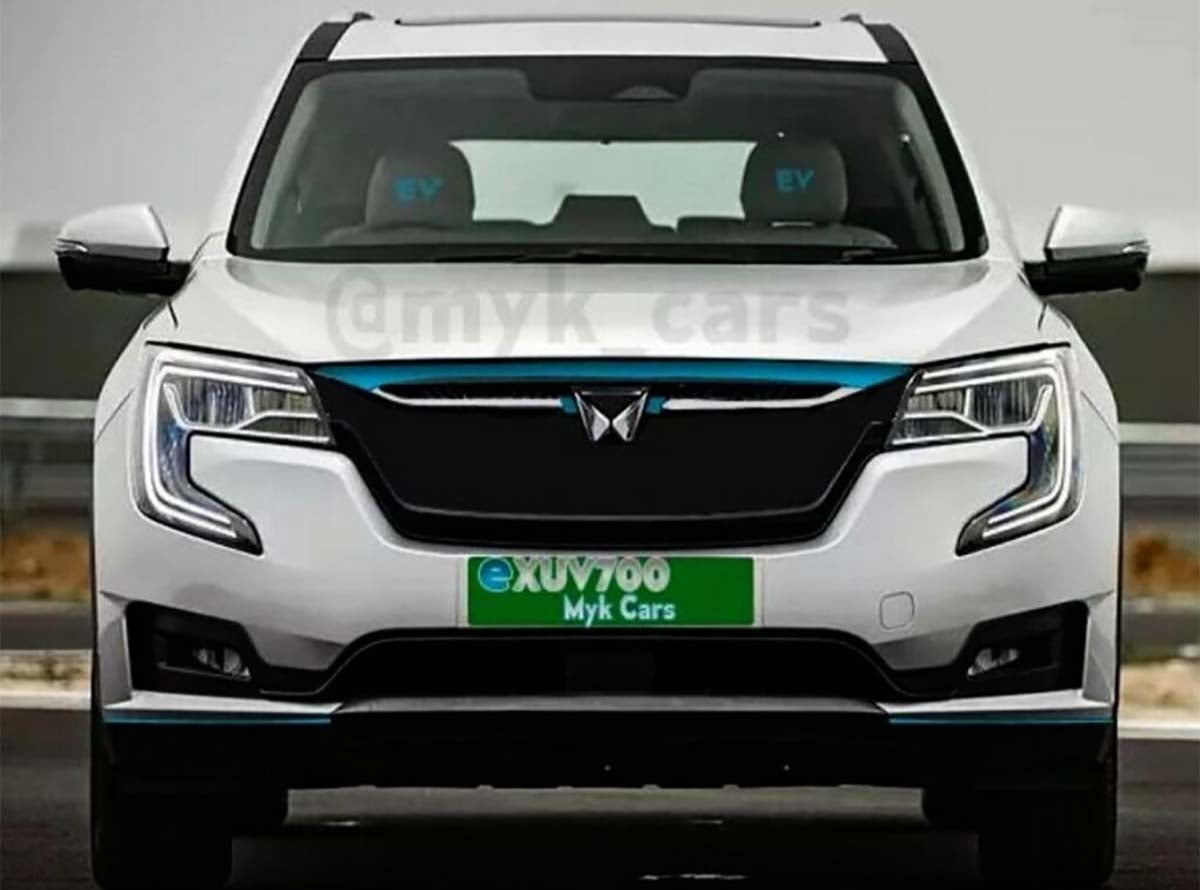 A digital automotive artist has conceptualized an all-electric or EV version of the wildly popular Mahindra XUV700. Demand for the XUV700 is such that waiting times for the premium mid-size SUV extend into 2024 in some cities for some variants. The ultra-modern features and technology have attracted a ton of new buyers, making it the model to beat in the segment. We’ll have to wait to be sure that Mahindra actually plans to offer the electrified version of the SUV soon. Until then, let’s feast our eyes on this digital version.

The concept was rendered by Richtorque. The front fascia of the massive SUV remains identical to the IC-powered version, but there are subtle changes to remind the viewer of its green credentials. This includes a blacked-out sealed grille area because it doesn’t require air, blue accents under the bumper that symbolize the electric powertrain, a chrome plaque with the new Mahindra logo in the center, a pointed splitter with a black protection at the bottom to accentuate the SUV character with a touch of blue tint. From the front, you can see the blue stitching on the head restraints of the front seats bearing the inscription “EV”. The large panoramic sunroof makes an appearance even with the front view depicting its massive size. All in all, one could easily see something like this coming to the production line.

In the standard version, the XUV700 comes with a 2.0-liter turbocharged petrol unit that produces a maximum power of 200 hp and a maximum torque of 380 Nm. Meanwhile, the diesel engine is available in several tuning states . The lower versions get 155 PS and 360 Nm, while the better positioned models get 185 PS and 420 Nm (450 Nm in the automatic variant). Both petrol and diesel engine variants will be available with 6-speed manual and automatic transmission choices.

The prices vary between Rs 13.18 lakh and Rs 24.58 lakh, ex-showroom. Direct rivals include the likes of Tata Safari, MG Hector Plus and Hyundai Alcazar in 7-seater configurations. What do you think of this Mahindra XUV700 digital EV (electric version)?

Join our official telegram channel for the latest free updates and follow us on Google News here.