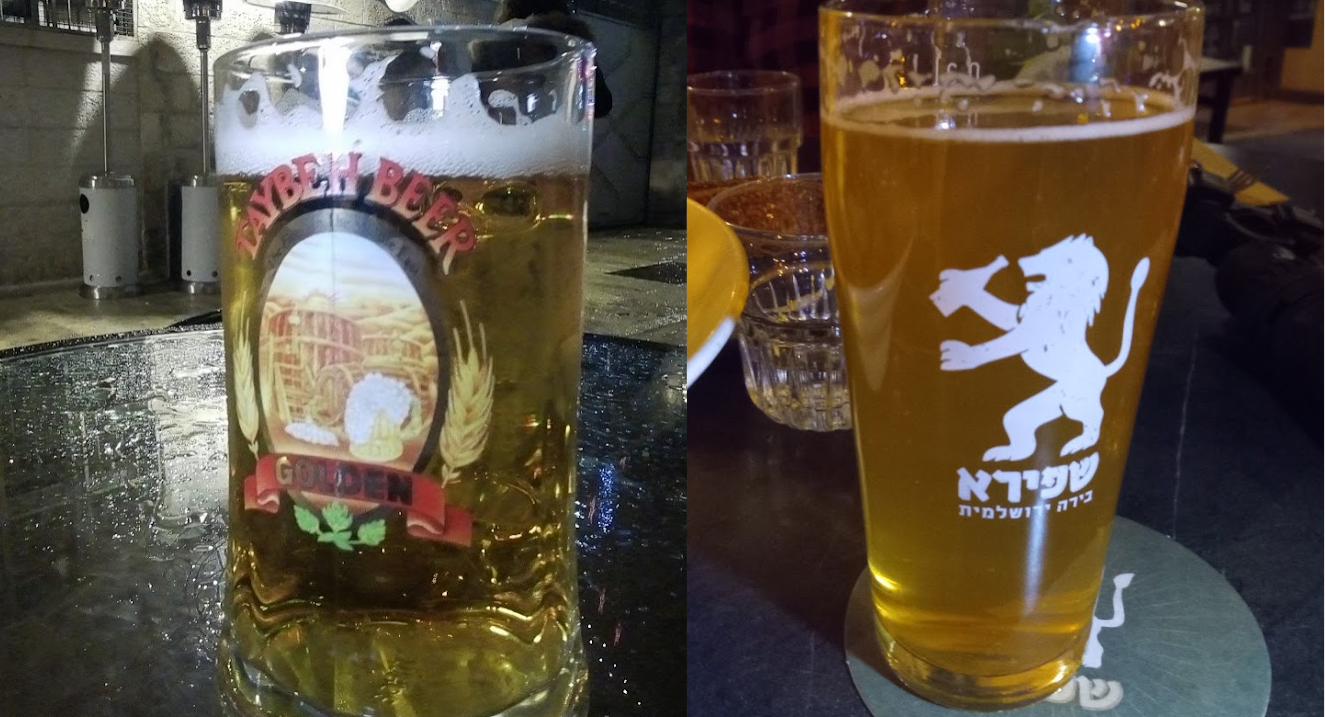 Last night, at an undisclosed location in the West Bank (I’ve waited my entire career to say so), a group of Israeli and Palestinian civilians, including the perpetrator, sat in front of burgers, beer and baklava. in order to throw the politics of one of the thorniest conflicts on the planet.

It’s probably fair to say that this, on its own, represented a significant change from most of our mid-week routines and eating habits.

After living enough years in this part of the world, a subtle kind of boredom on the conflict ends up being settled on the life.

As day-to-day life continues – with her doctor’s appointments, children’s visits, and work meetings – the conflict eases (most of the time) conveniently, the second plan. Until rockets rain down on your town, forcing you to take cover, or the IDF enters your village in the middle of the night, piercing the stillness of the evening with screams and stun grenades.

But for most of the people of this country, such moments of direct confrontation with the conflict are (thankfully) quite rare.

For the most part, its ugly manifestations don’t arrive at your doorstep (if you live in Hebron or Shuafat refugee camp, it may be different. But most people don’t).

Instead, it’s an unpleasant side but still lives on in a part of the world disputed by two different peoples. A conflict that most rational actors would prefer not to exist or which would at least reach rapid resolution. Kind of like the permanently gloomy weather in Ireland. Without the political part, the rockets and the humvees.

In the context of such boredom – and the long-standing moribund state of the peace process – it’s easy to become jaded.

Eat burgers and executioner with sympathetic, like-minded Palestinians is a fun way to spend an evening – what foreigners often fail to understand about the conflict is that Israelis and Palestinians in the West Bank enjoy virtually no interaction – but on a day when stray rockets from Gaza landed near Tel Aviv and the IDF returned with attacks on positions in Gaza, do such well-meaning acts represent more than a small drop in the ocean of hatred and malice?

Details missing from the accounts on both sides

To answer my own question “probably not”.

But it would be a mistake to deny that small personal investments of time and effort cannot at least improve the lot of life in this part of the world, even, if only for the participants themselves.

The meeting – facilitated by a Jewish activist known only to his kunya of â€œAbu Jibreelâ€ – reinforced, for me, that black and white views and divisive narratives are at the root of so much that is wrong in this part of the world.

That even symbolic gestures of coexistence – like eating a hamburger – can melt at least some of the ice that has frozen on Jewish-Arab relations. And perhaps, with more positive developments on the political front, it bodes well for a bright future.

I have already expressed my opinion on hasbara here – generally described as pro-Israel plea although its apologists always quickly point out that its literal Hebrew translation is more like “explain.”

As a budding journalist (I’m now working on what journalists call the â€œdark sideâ€ of communications), I positively hate him.

For his selective distortion of the facts. For his relentless focus on glorifying Israel and portraying the Palestinians as endless villains – as if exposing the plot to an old western and each part has to reach cartoonish proportions before audiences can be convinced that ‘they would get their money’s worth.

But above all, for his gross oversimplification of the conflict here and for his shameless belief in the idea that hatred must be met with a furious avalanche of state-sanctioned and funded propaganda. Even from the point of view of the pro-Israel camp, I see its activity as unconstructive – even, in fact, harmful.

Likewise, the information emanating from the pro-Palestinian camp is hardly better – in fact, it is generally worse.

Official Palestinian news sources primarily serve as spokespersons for Hamas, Islamic Jihad and the more vocal and violent elements of the Palestinian cause, spreading blatant lies and inciting violence both against Israel and against the Israelis. .

The context is thrown out the window – or sacrificed on the altar of describing Israel and the Jews as quasi-demonic entities with the intention of causing maximum harm to their neighbors on the other side of the wall (he is never mentioned that it was built for safety). It also reaches comical proportions. A photo of Jews quietly visiting the Temple Mount and obeying onerous Waqf restrictions is routinely described as a “raid” – conjuring up the idea of â€‹â€‹hordes of religious fanatics trampling on Muslim holy sites in full freedom.

But most unfortunately perhaps, the accounts of the two governments – Israel and the Palestinian Authority – are sufficiently supported by themselves to say that they have succeeded in spawning global networks of “Friends of” organizations that have come together. tasked with convincing the ambivalent majority that what they thought about the Israeli-Palestinian conflict is not really – and only if they could read this leaflet or attend this conference could they chase the shadow of their minds. The world is therefore constantly evangelized by not one but two false dogmas on the same little piece of land. It’s no wonder most roll their eyes at the mention of the conflict here.

This conflict propaganda (I coined that word, by the way) is unnecessary on many levels.

But mostly because it obscures what Irish documentary filmmaker Nicky Larkin has called the “Forty Shades of Gray” which he considers inherent in the conflict (Larkin came to make the documentary as a committed Palestinian activist but came to the conclusion that both parties are doing great harm; hence the name of the work).

In every encounter I have attended so far, it is these shades of gray – and the mutual ignorance that comes from living in close proximity but on different worlds – that stands out most strongly.

While attempting to organize one of the first meetings, our organizer, Abu Jibreel, naively suggested that we meet at a cafe in Jerusalem. (Palestinians in the West Bank need a special permit to visit Jerusalem, and these days the IDF doesn’t hand them out exactly like candy. So the idea was a non-runner.)

In response, a Palestinian suggested that we venture to Ramallah instead. (Equally problematic. Israelis are legally prohibited from visiting towns in Area A. A recent fire in a car carrying Israelis who accidentally got lost in the town has reinforced the need for the ban).

On a more subtle level, every meeting is filled with many little learnings.

Not every glimmer of information – on its own – can provide fodder for the next Hollywood blockbuster. But cumulatively, they throw a much needed humanity onto what – for almost everyone on either side of the conflict – would simply be “the other” otherwise.

Last night, for example, I learned that the northern city of Tulkarm is considered one of the most conservative Palestinian cities.

Someone’s mother wanted her daughter to marry only one person from the same town. Palestinians learned about the different levels of kosher certification, a tangible manifestation of the fact that even the Jewish population of Israel is divided on many levels. We got to know each other. Weâ€¦ coexisted.

Nonetheless, he managed to bring together 10 Israelis and Palestinians who would otherwise have remained unconscious but deadly enemies, perhaps only seeing themselves through the prism of international media coverage of the unhappy state of the dispute between these two peoples.

For this reason, if it was worth it to brave the rain last night for burgers, beer and great company.

In order to protect the identity of the participants, some trivial details have been changed.

How much paperwork does it take to approve a (small) government website? 39,230 words worth