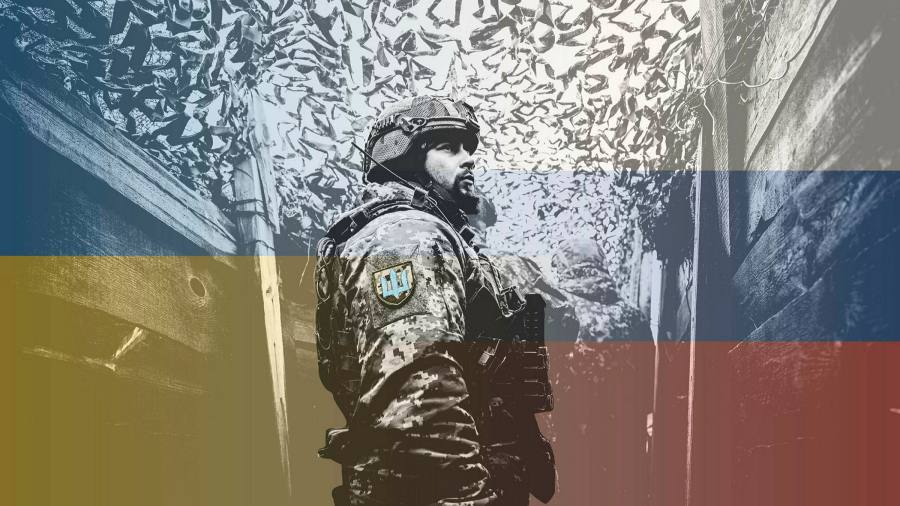 Ukraine’s president on Wednesday rallied his country’s armed forces and citizens to keep fighting 14 days after the Russian invasion, while urging Russian troops to “go home”.

“Brave Ukrainians,” Volodymyr Zelensky said in a televised address to the nation. “We persevered and inspired the whole world with our determination.”

Russian troops “can destroy the walls of our homes, our schools, our churches; [they] can break Ukrainian businesses,” Zelensky said, referring to their bombings and airstrikes on civilian, non-military buildings.

“Corn [they] will never reach our soul, our heart, our ability to live freely. And fight boldly,” he added.

Zelensky, dressed in a military T-shirt, looked more rested and confident than at the start of the war. He spoke as Ukrainian forces repelled Russian attempts to seize major cities, including the capital Kiev, Kharkiv in the east and Mykolaiv in the south.

“You still have a chance to survive,” Zelensky said, addressing the 200,000 Russian troops in Ukraine. “We will not give up. Because it’s our house. These are our families and our children. We will fight until we regain our land and you are fully responsible for all our deaths.

He added: “You can still be saved if you leave.”

Zelensky issued a word of defiance to the United States and NATO over blocking Poland’s offer to send fighter jet supplies and urged them to “send planes to us”.

“If you don’t close the skies, you will also be responsible for this disaster”, he repeated, adding that Kiev is grateful to Poland for the alternative and its “willingness to provide Ukraine with planes of fight”.

Health in California two years after the start of the pandemic