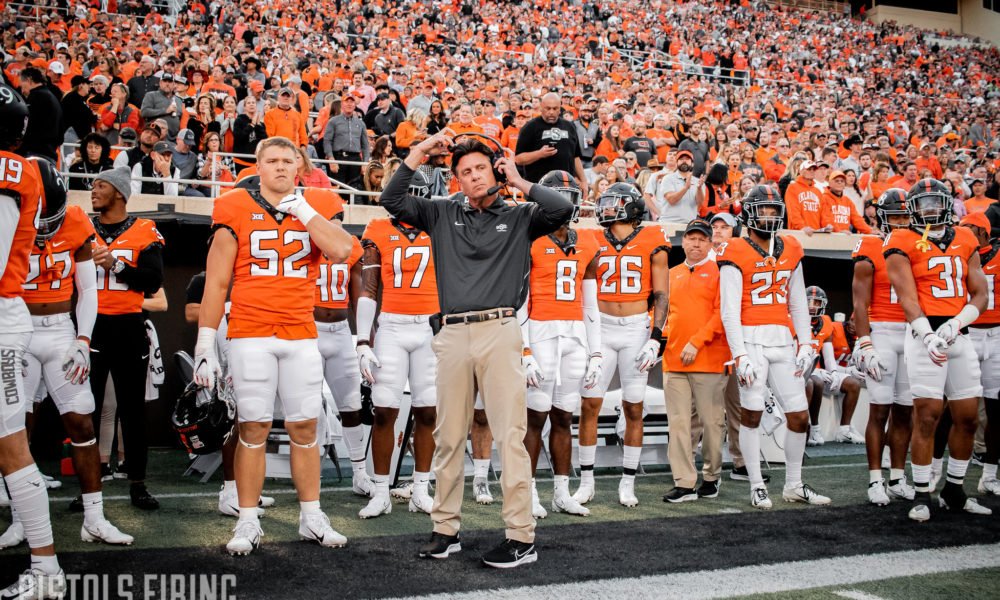 The Cowboys’ Fiesta Bowl defensive caller is still to be determined.

Oklahoma State coach Mike Gundy said Monday he plans to make the move on Thursday, just days before Saturday’s Fiesta Bowl against Notre Dame. Gundy also said he leaned for two guys instead of one. The position is vacant after Jim Knowles left the program for Ohio State following the Big 12 Championship game.

â€œI have a pretty good idea of â€‹â€‹what I want to do right now, but I would hate to say that could change,â€ Gundy said. â€œAnd I want to watch these practices very closely and see how things go with our coaches and their communication with the players, which is very important on match day. I am comfortable with what happened.

â€œFor the past three weeks, I’ve only looked at defense. I haven’t spent a lot of time watching attacking football since Coach (Jim) Knowles left. I’m going to watch the next few days and then sit down with the defensive staff, meet them and explain to them what I think is best for the game.

Gundy didn’t mention any names, but the most popular name for his away team as a potential promotion was defensive line coach Joe Bob Clements. Clements has been coaching the Cowboys D linemen since 2013, making him the longest serving defensive assistant on the staff with corner coach Tim Duffie.

As a reminder, here is a look at the defensive staff of the Cowboys.

Regardless of which coach or coaches take over on Saturday, they will be asked to lead a defense that ranks eighth nationally in scoring defense, third in total defense, first in team sacks, first for loss tackles and second for third defense. And they’ll have to do it against the nation’s No.5 team.

â€œWe compete offensively and defensively in real life practice situations, and I watch to see the interaction and decision making that takes place during these competitive practices,â€ said Gundy. â€œBecause basically that’s what happens on game day. They’ll get 75 on match day, in practice we only get 21. But that gives me a good idea of â€‹â€‹what’s going on.

â€œI kind of alternated between the coaches who are at the front and back of the defense and let them work together. And I’m really surprised, they know it very well. I’ll be honest, when I first started I wasn’t sure anyone was up to the level Jim was because basically it was his system. The terminology and the system are important. Now we’ve turned it into a different concept over the past couple of years, but it was basically his to begin with. And I’m glad the other four guys in there are very, very up to date, for lack of a better term, on what we’re doing in terms of the scheme, terminology defensively overall.

What it tells us about how the omicron is deadly