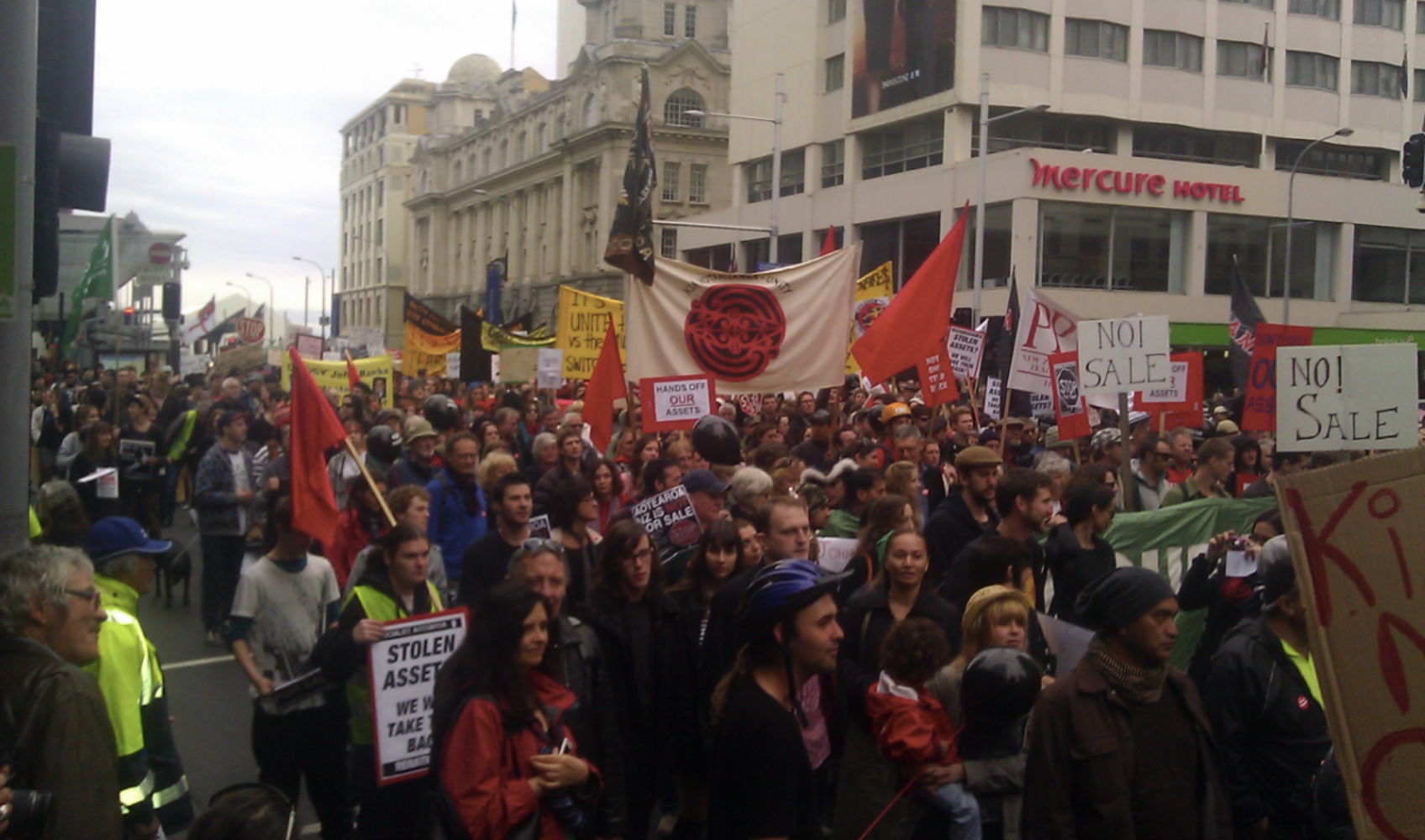 But that doesn’t make the rest of the protesters in Wellington any more white supremacist than we were in Occupy Auckland. If you mute TV reports so you don’t hear news anchors spitting out buzzword after buzzword, what you’ll actually see is everything from rainbow flags to Maori sovereignty and Indigenous rights activists, as well as protest chaplains and entire families of every ethnicity imaginable.

So the left is no longer united and strong, as we were in the face of the more naked greed and state violence of John Key.

To witness division is to gut. It’s so counterproductive. What good is a team of 5 million if you then start picking people subgroup by subgroup and encouraging attrition.

Is it the “left” in New Zealand now? Media class parrots? Dumping stories that have been used against us in our own protests time and time again, regurgitating them, projecting them onto other depressed members of the public?

The homelessness crisis we faced in 2011 and 2012 only got worse every year. In 2014, our homeless people slept in a heap in doorways. It was mortifying. And that was when things were a thousand times better than they are today, with families permanently confined to motel rooms, garages, RVs, cars or worse.

Do you really think it’s just warrants? It’s not.

This is the collapse of Western society and it has been a gradual decline for generations. Open your eyes and you’ll see it in the now permanent tent cities of Los Angeles, Philadelphia, well outside the realm of protest. On the current trajectory, this is the future of every New Zealand city.

As corporations move from hoarding billions to hoarding trillions, ordinary people are paying the price and political vultures are already taking advantage of their vulnerability.

If we do nothing about the meta-problems that the status quo perpetuates, the occupation of Wellington will not be a protest event.

It will be a way of life.

If the left doesn’t remember who we are…the left will only become a memory.

Suzie Dawson is an activist, journalist and founder of panquake.com