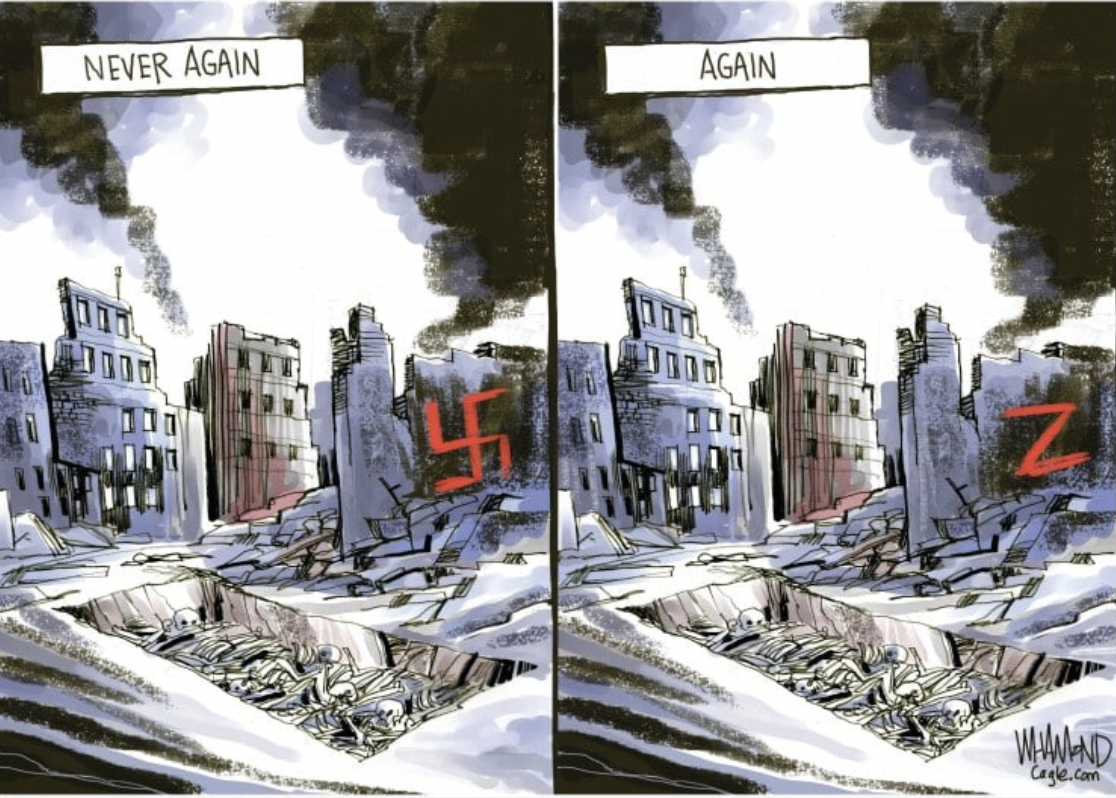 In 1967, however, in a speech given at the Riverside Church in New York, which many considered momentous, he declared his opposition to the war…..

If Martin Luther King were alive today, I think that’s what he would say;

Declaration of independence from the war in Ukraine

For most of the past four weeks, I had been moved to speak from the burnings of my own heart.
I called for a radical renouncement of the destruction of Ukraine. Some people have asked me about the wisdom of my path.

At the heart of their concerns, this question has often been heard;

“Why are you talking about the war? “Why do you join the forces of dissidence,” they ask. And I hear them, although I often understand the source of their concern, I am nevertheless very saddened, because such questions mean that the investigators do not know the world in which they live.

In light of such a tragic misunderstanding, I consider it critically important to try to spell out clearly why I think this war is unjust.

I do not wish to address Washington or NATO, but rather directly to the Russian people who, together with us, bear the greatest responsibility for the end of this conflict which has cost Ukraine and Russia dearly.

Their questions struck me, and I knew I could never speak out against violence again, without first speaking clearly to the current biggest purveyor of violence in the world.

By now it should be clear and incandescent that no one in Russia who cares about integrity and life in their country can ignore the reality that there is a war going on in Ukraine. If their voices are silenced, if Russia’s soul becomes totally poisoned, part of the autopsy must read “Ukraine.” The soul of Russia can never be saved as long as it destroys the deepest hopes of people around the world.

And as I reflect on the madness of the war in Ukraine, I constantly think of the people of this country.
I am speaking now, not of the soldiers on either side, not of the junta in Moscow, but simply of the people who have been living under the curse of war for nearly two months.

I think of them because it is clear to me that there will be no meaningful solution until we try to know them and hear their broken cries.

Ukraine must see the Russians as strange liberators.

In 1991, in a national referendum, the Ukrainian people voted overwhelmingly for their independence. 84% of eligible voters turned out and 90% of them voted for independence from Russia.

The Russian leadership arrogantly decided that the Ukrainian people did not deserve independence. With this tragic decision, they rejected the democratic decision of a people seeking self-determination and an independent government established, not by America and NATO, but by clearly indigenous forces, which yes included extremists far right.

Less than 2% of Ukrainians voted for the far right in their country’s 2019 elections, but some people, even in the West, insist on labeling the Ukrainian people with the general name of “Nazi” to justify Russia’s war against him.

Based on this lie, under the Russian attack, millions of people had to walk away sadly and apathetically, leaving their homeland to become refugees.
They know they must leave or be destroyed by Russian bombs.

At this point, I must clarify that although I have tried here to give a voice to the voiceless in Ukraine, and to understand the argument of those who would call them Nazis. I am deeply concerned about Russian soldiers like anything else. Because it seems to me that what they are subjecting themselves to in Ukraine is not just the process of brutality that happens in any war. But that’s not for a good reason. Even some of the shrewdest Russian military leaders know their government has sent its soldiers into an unjust war.

One way or another, this madness has to end.

The world is appalled.

The great initiative of this war is that of Russia.

The initiative to stop this war must go to Russia

Pat O’Dea is a trade unionist and human rights activist.