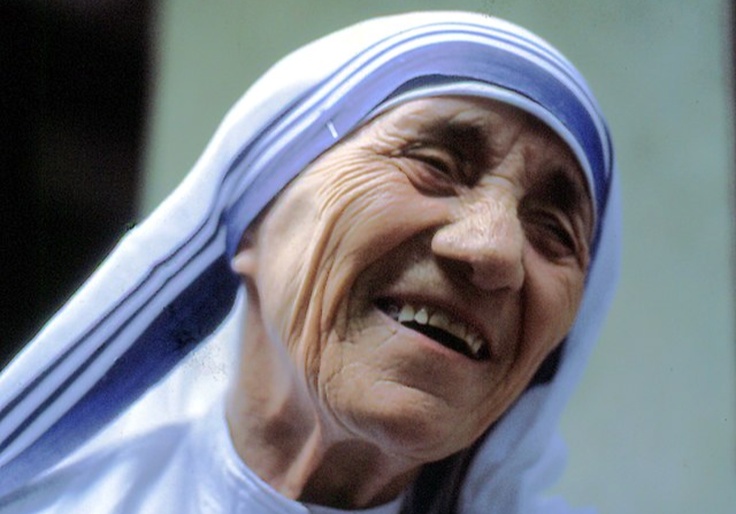 Princess Diana has a “moment” at the moment. She was praised by vogue like a “Gen-Z influencer“in the crusade for resurrect 90s fashion. But there’s another ’90s queen worth revisiting: the princess’s spiritual mentor, Mother Teresa, who died five days after her in 1997, after winning hearts to a degree only Lady Di could rival.

A new book by Jim Towey tells the story of the unlikely relationship between the little missionary and the glamorous monarch, along with others he witnessed as the saint’s legal adviser and devoted friend. To love and to be loved: a personal portrait of Mother Teresa is a powerful “white pill”, masterfully weaving vignettes of Towey’s own life with the arc of the Albanian nun pursuing God’s will.

In the opening, Towey is an attractive 20-something DC employee for Republican Senator Mark Hatfield. He’s on the political fast lane by day and bar hopping by night, but he’s not satisfied. Meanwhile, Mother Teresa, who grew up with Agnes Gonxha Bojaxhiu, is a child growing up amid complicated civil unrest, helping her mother support the family after her father is poisoned by political rivals.

One of the most moving moments early in the book is when Mother Teresa says goodbye to her mother, Drana, at the age of 19 to enter the Sisters of Loreto and begin missionary work in India. “They would never see each other again,” Towey wrote, describing what would become an excruciating cross for both of them to bear.

Likewise, Towey’s story is not without crosses. In a heartbreaking early passage, his best friend commits suicide shortly after college, following a failed marriage and a fit of despair. Towey describes the “sneaky cynicism, fueled by fake social rituals and Capitol Hill mercenary friendships” he cultivated after the loss.

It was in this brooding state that Towey first encountered the Missionaries of Charity (MC) of Mother Teresa while traveling to Calcutta on Hatfield’s behalf. At first he is disgusted, assaulted by “the smell of sewage and burning garbage” from the decaying city. But during his brief encounter with Mother Teresa, whom he calls “Mother” throughout the book, she persuades him to visit Kalighat, her home for the dying, and later MCs in Washington, DC.

The trip to Kalighat is a disaster, humiliating the “white bread congressman” who fails to fulfill his assigned service duties before retiring from India altogether for a luxurious vacation in Hawaii that puts his spiritual anguish in perspective. But when he returns to DC, he decides to honor his promise to visit the sisters who live there – and eventually a spark is ignited. Towey falls in love with the MCs, eventually quitting his job to volunteer full-time, and even discerning with the MC fathers at their Tijuana seminary.

After realizing he is not called to the priesthood, Towey begins serving MCs in a legal capacity, offering advice as the order flourishes internationally. Meanwhile, he paints a picture of Mother’s importance in a fast-paced 20th century that sees the disabled, the elderly, and even unborn children as increasingly troublesome.

It is important to understand the extent of her accomplishments: “At the time of her death, she had 3,842 sisters, 363 brothers and 13 fathers who ran more than 650 soup kitchens, health clinics, leprosy treatment centers and shelters for the desperately poor and sick, in 120 countries,” Towey writes.

But Mother Teresa did not build her “multinational empire” for fame or success. Throughout the story, she rejects “hacks” that might increase the order’s effectiveness but are misaligned with the charisma of sharing “the poverty of those they served”. At one point, when someone suggested that the sisters could serve more souls if they used washing machines instead of washing the sarees by hand, “Mother replied that she had taken a vow of poverty, no efficiency.” Similarly, when a reviewer points out that she could never help every street dweller in Calcutta, she responds, “God doesn’t call me to be successful. God calls me to be faithful.

Such a philosophy is a blow to the heart of a culture focused on convenience and obsessed with efficiency. Carter Snead describes it well in What it means to be human, who shares the spirit of Mother, encouraging society to honor those whose bodily shackles exclude them from “expressive individualism”. Similarly, Ross Douthat’s book, The deep placesdenounces excessive meritocracy, suggesting that suffering, which our technocratic world lacks categories to appreciate, is full of intrinsic value.

Mother Teresa understood this well. Towey describes his crippling battle against “darkness”, based on revelations that surfaced after his death. While those around Mother assumed that her relentless capacity for service was driven by an intimate relationship with a God “whispering sweet words in her ear”, the reality was grim. The saint spent decades of her life in impenetrable darkness, carrying the cross deprived of an almost unbearable spiritual anguish. “Even deep inside, there is nothing but emptiness and darkness,” she wrote. “It hurts all the time.”

What is remarkable is that it persisted despite such desolation. “Mother knew her life wasn’t about her,” Towey writes. Following a mystical call from God she received on a train to Darjeeling in the foothills of the Himalayas, she pursued her vocation despite being completely stripped of all possible physical and spiritual comfort.

Such heroic selflessness reaps rewards. Resplendent moments of grace are scattered throughout the book, including one told in the voice of the tormented Princess of Wales: “Today something very profound touched my life: I went to Mother Teresa in Calcutta and I found the direction I was looking for. during all those years. The Sisters sang to me upon my arrival, a deeply spiritual experience and I reached such great heights in my spirit.

The book’s only slight flaw is perhaps that it sets itself too squarely in the times of dignitaries like Princess Diana and her peers Ronald Reagan, Hillary Clinton, and John Paul II, all of whom appear in the story. Indeed, while Towey addresses Mother’s critics from the left, delivering a beating to Christopher Hitchens, he fails to address critics from the Church’s increasingly traditional right flank, who raise questions of his ecumenism or reception of Communion in the hand.

Again, while the pissed off Dimes Square Crowds might call saints like John Paul II and Mother Teresa “norms,” ​​it’s important to understand their deep spiritual heritage, more relevant than ever. By defending the dignity of suffering against a culture that increasingly values ​​euthanasia as a solution to conditions such as John Paul II’s Parkinson’s disease, or Father Stumuscle degeneration as dramatized in the eponymous film, luminaries like Douthat and Snead write in a rich tradition that the Polish pope learned from his spiritual sister, Mother Teresa. It’s the one we urgently need to retrieve – and Towey is lighting the way.

To love and to be loved: a personal portrait of Mother Teresa
by Jim Towey
Simon & Schuster, 288 pages, $27

Nora Kenney is director of media relations at the Manhattan Institute.