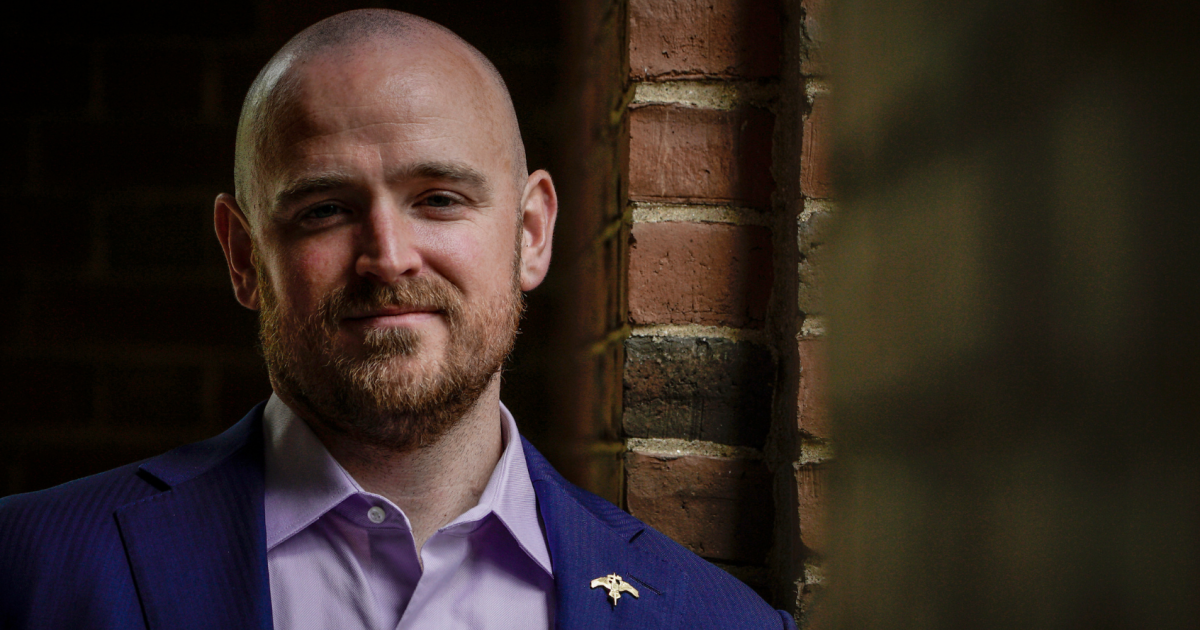 Peter James Kiernan (MBA 2022) has been selected as the student speaker for Harvard Business School’s (HBS) Class Day Celebration, held this year on Wednesday, May 25. Class day honors graduating students and usually takes place the day before school. and official University graduation ceremonies. It is planned and led by a committee of second-year MBA students.

A hotel room in Albany, New York, was not where Kiernan expected to spend the winter break of his freshman year at Harvard Business School. But it was where he was needed, and as a former Marine who considers public service part of his DNA, he answered the call to serve. From that isolated hotel room, Kiernan helped set up the state’s first mass vaccination sites for COVID-19.

Kiernan was, as he says with a laugh, in the wrong place at the wrong time at the start of 2020. As Deputy Chief of Staff to the New York State Chief Operating Officer, he was responsible for maintaining priority projects on the track and manage any related crisis. A year and a half into his job, the pandemic hit and he became the point person for the state’s COVID response efforts.

“I remember saying, ‘Surely there’s someone more qualified,’ and the response was, ‘Well no, no one who’s ever fought a pandemic is still alive,'” recalls Kiernan, and that’s how he found himself helping configure policies, restrictions and shutdowns, setting up the nation’s first mass testing sites and deploying first responders.

Six months later, Kiernan began his freshman year at HBS. His experiences in New York and six years of prior service in the Marines have combined for a solid foundation of problem-solving experience in the public sector. Business school, he thought, might balance the flip side.

“Working in the pandemic made it very clear that with the immense challenges we faced, despite our extensive emergency powers and our ability to deploy resources, we could not solve the problem ourselves,” Kiernan said. . “We needed the private sector – manufacturers, hospitals, consultants, laboratories, pharmaceutical companies. All of these parts were essential to the response operation and saved people’s lives. I realized how crucial it was to learn the language of the private sector and business in general.

Jumping into an uncertain year at HBS, Kiernan was in the perfect position to help with the school’s response to the pandemic and address the concerns of administrators, medical professionals and students. Happy to finally be in the same city as his fiancée – now his wife – after years of a long-distance romance, he dove into his classes, got to know his classmates and dedicated this winter to helping his former colleagues to establish vaccination sites.

Stressful and uncertain environments were familiar to Kiernan from his time in the Marine Corps. He spent most of his military career in special operations, as a scout sniper, a Pashto linguist, and deployed to Afghanistan where he constantly had to navigate his way through difficult and ambiguous situations. “Training gives you incredible self-knowledge, including what your breaking point is and how far you can go before you reach it,” Kiernan said. “This awareness comforts you when you face challenges that push your limits and gives you the confidence to try to solve complex problems.”

As he reflects on the past two tumultuous years, Kiernan is grateful for the camaraderie and insights of his classmates, the support of the HBS community, the lessons learned in and out of the classroom, playing a part in the COVID responses from HBS and NY. , and his wife, the anchor of all these experiences. His enthusiasm for their shared future and the next phase of his career is tempered by the sacrifices he has seen and experienced on the front lines of public service. He looks forward to applying his skills to the business world and envisions dipping in and out of the private and public sectors throughout his life.

“I have always enjoyed serving my community,” Kiernan said. “I think your career should be the intersection of something you’re passionate about, something you’re good at, and something that makes a difference in society. I learned that I like being engaged in these high intensity situations and solving difficult problems. Our country is facing very great challenges. I’ll spend some time trying to tackle some of them on the other side.

This article was originally published by HBS Newsroom.