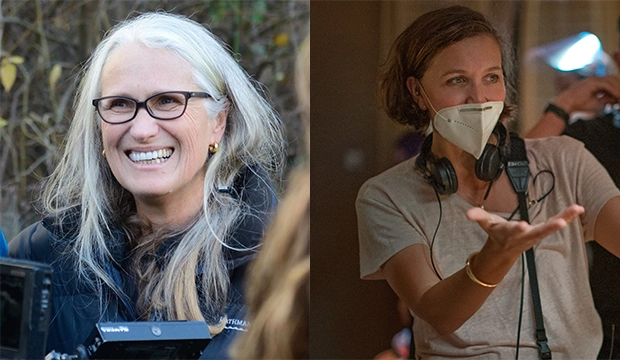 The 2022 winners of the DGA Awards will receive their trophies on Saturday March 12 in a non-televised physical ceremony hosted by Judd Apatow. (See the list of winners.) Just like last year, Gold Derby will reveal the champions as they happen in our Directors Guild Awards live blog. Did Jeanne Campion win the feature film category for his work on “The Power of the Dog”? Did Maggie Gyllenhaal to become only the second woman to win the first director’s race for “The Lost Daughter”? We will all know soon enough.

These annual congratulations honor the year’s best directors in film and television, as voted on by more than 18,000 members of the Directors Guild. Throughout the evening, all nominees in the Best Feature category will receive special medallions from their colleagues. Christopher Nolan introduces himself to Kenneth Branagh (“Belfast”), Catherine Bigelow for Denis Villeneuve (“Dunes”), Kirsten Dunst & jesse plemons in Campio, Rita Moreno for Steven Spielberg (“West Side Story”) and Sean Penn for Paul Thomas Anderson (“Licorice Pizza”).

TO SEEWho will win Best Director at the Oscars?

7:30 p.m. – Right here. We. Goes! The ceremony officially begins at the Beverly Hilton with the President’s welcome by Lesli Linka Glatter. She is a three-time winner for directing an episode of “Mad Men” (2010) and two episodes of “Homeland” (2015 and 2021). After last year’s virtual event due to Covid-19, it’s refreshing to see the DGA Awards return to an in-person event with food and drink. (Hopefully that means we’ll get a slurry speech or two!) Glatter is so glad the ceremony isn’t “on Zoom” this year.

7:34 p.m. — All participants had to provide proof of vaccination against Covid-19 and a negative test within 48 hours. And in case you were wondering, tonight’s dinner menu consists of a Mediterranean green salad, a garlic and herb marinated tenderloin and a marshmallow cheesecake — yum. !

7:40 p.m. – Awards host Judd Apatow comes out to tell a few jokes to the audience. “Tonight, we’re honoring the best movies of 2021 that were due for release in 2020,” he deadpanned. The popular director of ‘The King of Staten Island’, ‘Trainwreck’ and ‘The 40-Year-Old Virgin’ has never actually been nominated for a DGA Award. Hmm, maybe they should split the feature category into dramas and comedies? They already do it for television. To discuss!

7:46 p.m. – Addressing the historic nature of ‘Succession’ attracting every drama series nomination, Apatow says, “Isn’t that crazy? That means the worst episode of ‘Succession’ is better than anything on TV!” Yeah, pretty much, Judd.

7:51 p.m. – Apatow is now mocking Sam Elliott, who last week criticized “The Power of the Dog” for its gay themes. Elliott’s argument over Campion’s film was interesting “given his choice of mustache,” Apatow jokes. Oh, snap!

8:01 p.m. – Presenters Pamela Adlon and Natasha Lyonne are here to reveal the winner of DIRECTOR OF THE CHILDREN’S PROGRAM. The nominees are: James Bobin (“The Mysterious Benedict Society”, “A Bunch of Smart Orphans”), Michael Lembeck (“The J Team”), Phill Lewis (“Head of the Class”, “Three More Years”), Smriti Mundhra (“Through Our Eyes”, “Shelter”) and Jeff Wadlow (“Are You Afraid of the Dark?”, “The Tale of the Black House”). And the winner is … Smriti Mundhra! This was her first ever nomination and win at the DGA Awards. Mundhra was previously nominated for an Oscar for the short documentary “St. Louis Superman” (2019).

8:12 p.m. — Medallion #1! Kirsten Dunst & Jesse Plemons are on hand to present the feature medallion to their director, Jane Campion (“The Power of the Dog”). Don’t be confused – that doesn’t mean Campion is the winner. Instead, the guild honors the top five filmmakers of the year with special honors throughout the evening. “I remember being the only woman in the room,” Campion announces. “It’s time to put this behind us.” His only other name at the DGA to date was for “The Piano” (1993).

8:22 p.m. — Presentation of the first category of films of the evening, DOCUMENTARY FILM DIRECTOR, is LeVar Burton. The contenders are: Jessica Kingdon (“Ascension”), Stanley Nelson Jr. (“Attica”), Raoul Peck (“Exterminate All Bullies”), Elizabeth Chai Vasarhelyi and Jimmy Chin (“The Rescue”) and Ahmir “Questlove” Thompson (“Summer of Soul”). And the trophy goes to… Stanley Nelson Jr.! This is his first nomination and his first victory at the DGA Awards. Nelson is also nominated for an Oscar, where “Questlove” should prevail.

8:28 p.m. – “The Masked Singer” favorite judge Ken Jeong is here to introduce VARIETY SPECIAL ACHIEVEMENT. Here is who is in the running for the trophy: Ian Berger (“The Daily Show with Trevor Noah Presents”, “Jordan Klepper Fingers the Pulse – Into the Magaverse”), Bo Burnham (“Bo Burnham: Inside”), Paul Dugdale (“ Adele: One Night Only”), Stan Lathan (“Dave Chappelle: The Closer”) and Glenn P. Weiss (“The 43rd Annual Kennedy Center Honors”). And the price goes to… Paul Dugdale! Once again we have our own first time at the DGA Awards.

8:45 p.m. — It’s time for the presentation of the Frank Capra Achievement Award to Joseph P. Reidy, by presenters Michael Mann and (a virtual) Martin Scorsese. Scorsese refers to the “sacred bond” he has with Reidy, who served as his assistant director for more than a dozen films. In his speech, Reidy calls for more on-set safety procedures and humane working conditions.

8:58 p.m. — Medallion #2! Kathryn Bigelow leads the presentation to Denis Villeneuve (“Dune”). Fun fact: Bigelow was the first-ever woman to win the feature category at the DGA Awards, for “The Hurt Locker” (2008). In a moment of tears, Villeneuve claims he used to have a shirt with Spielberg’s name on it and admits: “After all these years, you are still an inspiration to me.” This is Villeneuve’s second DGA appointment after “Arrivée” (2016).

9:10 p.m. – Now, for one of the biggies, FIRST TIME DIRECTOR, presented by two-time Oscar nominee Julie Delpy (“Before Sunset” and “Before Midnight”). The six (not five) DGA nominees are: Maggie Gyllenhaal (“The Lost Daughter”), Rebecca Hall (“Passing”), Tatiana Huezo (“Prayers for the Stolen”), Lin-Manuel Miranda (“tic, tic… Boom!”), Michael Sarnoski (“Pig”) and Emma Seligman (“Shiva Baby”). And the winner is … Maggie Gyllenhaal! The A-list actress now becomes the second woman to win the relatively new directing award, following Alma Har’el (“Honey Boy”). Referring to Villeneuve’s speech a few minutes earlier, Gyllenhaal says she would like Campion’s name on her jersey. Watching “The Piano” when she was 15 “changed me,” says Gyllenhaal.

9:22 p.m. — Medallion #3! Leading Kenneth Branagh’s (“Belfast”) presentation is Christopher Nolan, who zooms in from England. Nolan is four times nominated by the DGA for ‘Memento’, ‘The Dark Knight’, ‘Inception’ and ‘Dunkirk’, while ‘Belfast’ marks Branagh’s first mention with the guild. Since Branagh isn’t there in person (he flew to England for the BAFTAs), Apatow jokes that he’ll slip the medallion to Burnham when no one is looking.

9:33 p.m. — It’s time for the presentation of the Franklin Schaffner Prize to Garry W. Hood by Louis J. Horvitz.

9:44 p.m. — DIRECTION OF COMEDY SERIES is presented by Stephanie Beatriz. The nominees are: Lucia Aniello (“Hacks”, “There Is No Line”), MJ Delaney (“Ted Lasso”, “No Weddings and a Funeral”), Erica Dunton (“Ted Lasso”, “Rainbow”), Sam Jones (“Ted Lasso”, “Beard After Hours”) and Mike White (“The White Lotus”, “Mysterious Monkeys”). And the price goes to… Lucie Aniello! Did ‘Ted Lasso’ just part ways with a win for the second year in a row?

9:47 p.m. — Medallion #4! Rita Moreno receives a standing ovation when she takes the stage to present Steven Spielberg (“West Side Story”) with her medallion. “I didn’t even have to tell anyone,” laughed the legendary EGOT winner.