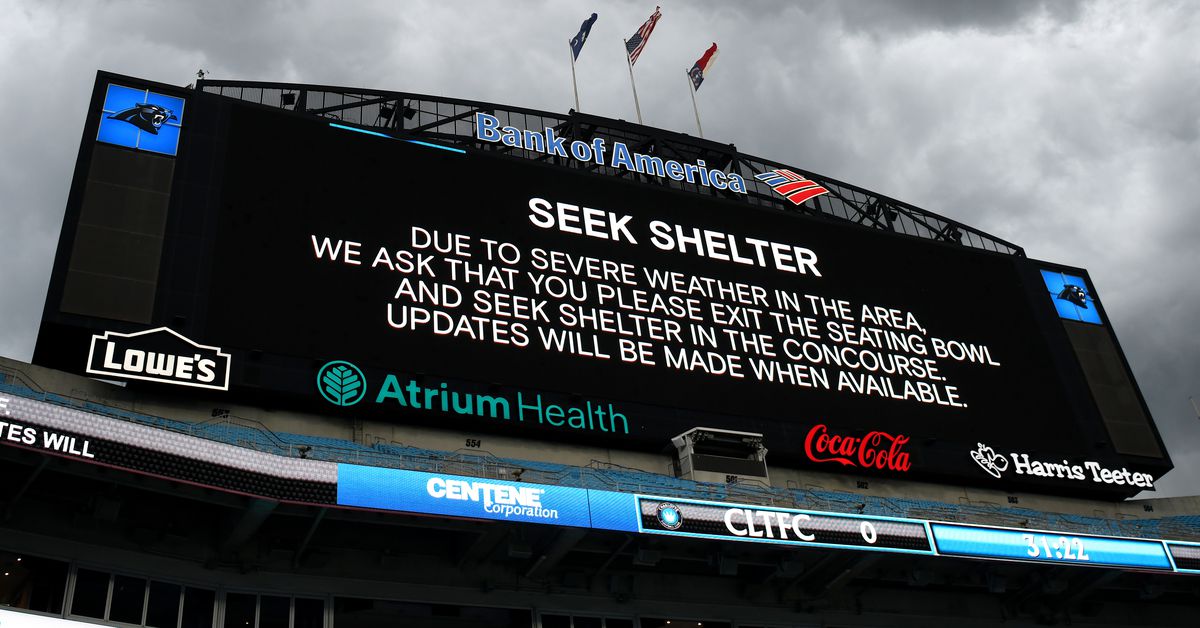 UPDATE: The doors have reopened and fans are allowed in. The new kick-off time is 8:35 p.m. local time (EDT), which is 65 minutes after the originally scheduled time.

UPDATE: Kick-off delayed indefinitely for the time being. Severe weather and lightning have been in the area for about an hour now.

No sign of Chelsea-Charlotte game restarting. Thunder and lightning still rage. Once it stops, a 30 minute counter starts and clears the game to continue. #CFC

Welcome to the second pre-season game. We’re now in the meat of pre-season, so we should start putting a bit more emphasis on more than just fitness, although that’s still the main focus.

Timo Werner and Kepa Arrizabalaga stayed in Orlando, at least the former due to injury. Feel free to speculate on the latter.

Mateo Kovačić makes his pre-season debut; Sterling on the bench, as is Colwill. No Koulibaly. The named bench may not include everyone, which was also the case in Vegas. (Pre-season, huh?)

Thunderstorms are in the area, which could delay things at an outdoor stadium. We have already had a warning. UPDATE: the gates are closed, so they’ll probably have to delay kickoff to get people in even if the storm passes quickly.

We will provide further updates as they become available.

Be great to each other and celebrate, guys!

These historical and cultural sites have reopened to the public