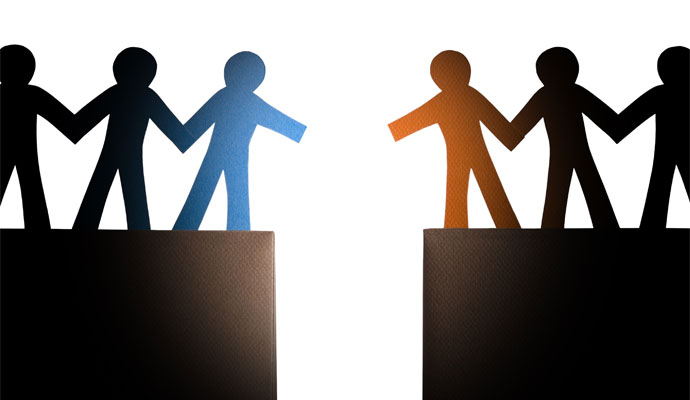 In his 2019 book, Diversity, Inc., the failed promise of a billion dollar company, Pamela Newkirk, professor of journalism at New York University, said that despite the billions of dollars companies spend each year for decades to diversify their workforce, little progress has been made. Although racial and ethnic minorities made up 38.8% of the U.S. population in 2019, they made up only 4.5% of Fortune 500 CEOs, 9% of U.S. law firm partners, 16% of board members of the Fortune 500, 16.6% of reporters in the US newsroom, and 17% of full-time college professors in the United States. Similar inequalities – in not only race and ethnicity, but also gender, age, disability and other factors – have been documented around the world. For example, the International Labor Organization reports that women participate in the labor force at a rate 26% lower than that of men (and in some places, 50% lower).

The COVID-19 pandemic struck a few months after the publication of Newkirk’s book, and months after that, protests and racial unrest, sparked by the murder of George Floyd and the lingering outrage over the murder of Breonna Taylor, have erupted in cities across the United States and around the world. As heated discussions have spread in the workplace, diversity, equity and inclusion (DCI) has become a top priority for business leaders. They made lofty promises and set lofty goals. But will DCI’s initiatives launched over the past year produce anything but slow, small, and easily lost gains?

Experience suggests that there is a need to lower structural barriers to DCI and set quantitative targets to create more open and equitable organizations. But it is becoming clear that leaders must undertake personal initiatives in addition to organizational initiatives before large-scale sustainable change can take hold in the workplace.

This idea is the foundation for the work of Melinda Briana Epler. How to be an ally, a new book that guides leaders at all levels (and the rest of us too) towards personal transformation for more diverse, equitable and inclusive businesses. Allyship, a concept that is at least 30 years old, is the mechanism behind the transformation.

â€œAlliance is empathy and action,â€ said Epler, CEO of Change Catalyst, a DEI consulting, training and coaching company, in an interview with me. â€œIt’s seeing and understanding the person in front of you, taking the time to listen to their unique experiences, and then taking action to support them in the way they need to. This is a prescription for good leadership no matter who stands in front of you, but especially for people with gender, race, ethnicity, age, disabilities or orientation. sexual can isolate them in business. These under-represented employees are frequently subjected to intentional and unintentional assault due to conscious and unconscious biases.

â€œUnder-represented people want you to trust their experience, knowledge, and understanding of a topic,â€ Epler told me. â€œPeople with under-represented identities are often questioned. Women, for example, are asked much more often about their expertise than men.

To become an ally, she added, leaders must cultivate their understanding of people with under-represented identities. â€œYou have to learn, but also unlearn and relearn. There are gaps in our knowledge and understanding of history. One of the reasons is that our educators are not as diverse as they should be. They do not reflect the population.

Leaders also need to know themselves and their own biases. â€œWe learn about prejudice through the media, family, friends and educators over time and often we don’t realize that it is causing harm,â€ Epler explained. She called her own struggles with non-binary gender pronouns. I understand. When you grow up in a Dick-and-Jane world, it’s not easy to change pronouns and learn new ones that conflict with the grammatical rules that have become ingrained in your DNA after decades of writing. .

If you are not aware of your prejudices, they are likely to manifest themselves in microaggressions, or even something worse. â€œMicro-attacks are everyday slights, slurs and negative verbal and non-verbal communications that, whether intentional or not, can make someone feel demeaned, disrespectful, ignored, dangerous, other, symbolic, gas-lit, shackled and / or as if it doesn’t belong, â€Epler writes in his book.

When leaders witness microaggressions, they must stand up for those subjected to them. â€œIt can be as simple as having someone constantly interrupting someone else in the room and saying, ‘Hey, I noticed Sarah didn’t have a chance to intervene. Let’s take a moment to see what she has to say, ‘”Epler told me.

When leaders witness microaggressions, they must stand up for those subjected to them.

Blatant and repeated micro-attacks are likely to require more complex responses, such as educating offenders or the workforce in general, and contacting victims of micro-attacks after the fact. â€œLeaders need to recognize that the impact of microaggressions can be traumatic,â€ Epler said. And the physical consequences can arise from emotions. Researchers have shown that microaggressions can cause a multitude of ailments, such as stress, depression, eating disorders and insomnia.

Defensive measures are only one side of the transformational coin. Leaders can be more proactive in standing up for underrepresented employees. â€œAlong with the leaders, I would encourage sponsorship,â€ Epler said. â€œAs a leader you have the ability to say, ‘Raphael has this amazing idea that I want to tell you all about’, or ‘Why shouldn’t we ask Raphael to talk to you about his idea which could be really impactful for you. we ? Â»Â» Sponsors amplify people’s voices and ideas, open doors to networks, provide recommendations and make presentations to an influential person.

The bottom line for leaders: If you want a diverse, fair and inclusive business, personal change is as important as structural change. The success of DCI initiatives depends on both.

Student blog: Community in the theater