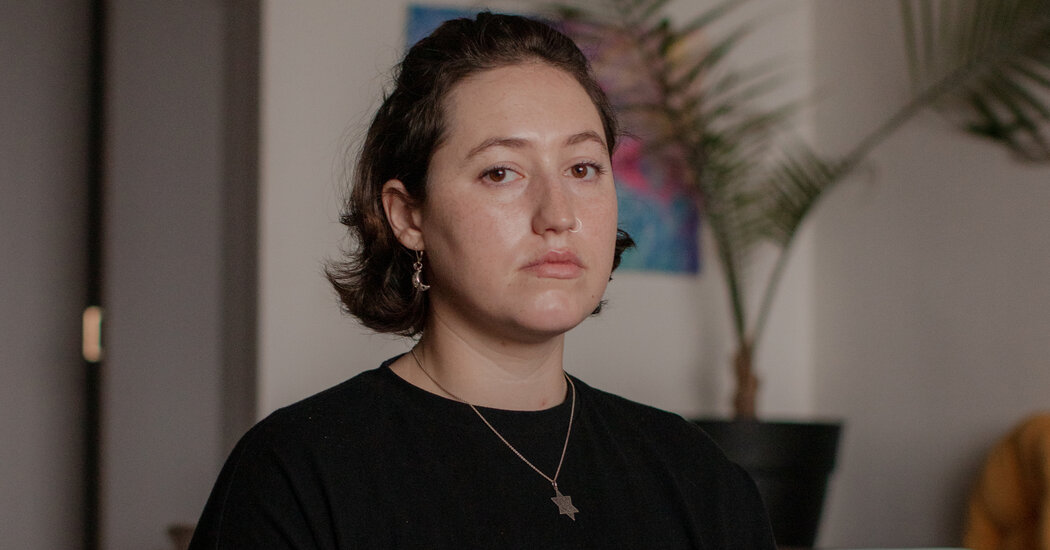 Debates about Israel, sometimes including strong criticism of its policies, are not unusual in synagogues across the United States, especially those following the Reform movement. The Union of Reform Judaism, an umbrella group of Reform congregations, describes itself as a movement that “accepts and supports the fundamental goal of Zionism: the establishment of a Jewish state in Israel, the homeland of the Jewish people.”

At Westchester Reform Temple, rabbis have criticized Israel in the past. In his Rosh Hashana sermon in September, Rabbi Jonathan Blake criticized “extremists, cynical politicians and wealthy patrons” in Israel for promoting “a grandiose vision of Jewish totalitarianism in the biblical Holy Land.”

But their critics never question Israel’s existence as a Jewish state, as opposed to a state whose structure does not favor any ethnic or religious group.

In the blog post, published May 20 during last year’s conflict between Israel and Hamas militants in Gaza, Ms. Sander and a co-author, Elana Lipkin, wrote that they took a position that ” rejects the Zionist claim to the land of Palestine.”

The message continued: “Zionism is not equivalent to, or a necessary component of Jewish identity.

They also described Israeli actions against the Palestinians as genocide and accused Jewish institutions in the United States of spreading “one-sided narratives and propaganda” about the conflict.

Marc Stern, legal director of the American Jewish Committee, said Ms Sander’s lawsuit may have little chance of success as the US Supreme Court has repeatedly ruled that religious institutions have wide leeway in terms of employment.

“It seems totally insane to me for a court to say that a doctrine – whether it be Zionism or any other doctrine – is or is not part of the faith that a school wants to impart to students,” Stern said. .